In light of the epidemic, local authorities want to ensure that the city’s main projects can be delivered on time 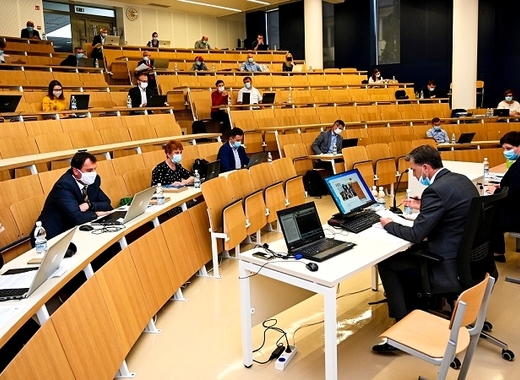 The pandemic and the economic downturn that it caused due to the imposition of lockdown restrictions have put a significant dent in the budgets of many authorities – both on national, regional and local levels. That is why some governments have chosen to boost up their spending by taking out loans or by finding alternative sources of revenue in order to ensure that their most important projects can be properly funded and delivered on time.

In Novo Mesto, the city’s administration had an ambitious plan for the city’s future – and it was not about to let it go to waste and sink into oblivion due to a lack of resources.

That is why, at a session of the City Council, which was held at the School Centre of the city in order to ensure social distancing for the councillors, the governing body voted in favour of a supplementary budget meant to drive forward Novo Mesto’s most vital initiatives.

Working on what matters

The main areas in which the government wants to work are the renovations within the city centre of Novo Mesto – namely its renovation, the construction of new apartments on the Main Square and the creation of a brand-new youth club near the city centre.

Other initiatives include the creation of bridges over the local rivers as well as investments in the local road and transport infrastructure that are vital for the wellbeing and efficiency of the local population.

The adoption of a supplementary budget in Novo Mesto was made easy thanks to the administration’s efforts in reducing the municipality’s public debt over the last few years. In 2019, the city managed to achieve its lowest debt since the end of 2014, thus putting it in a decent position for creating more investment opportunities.