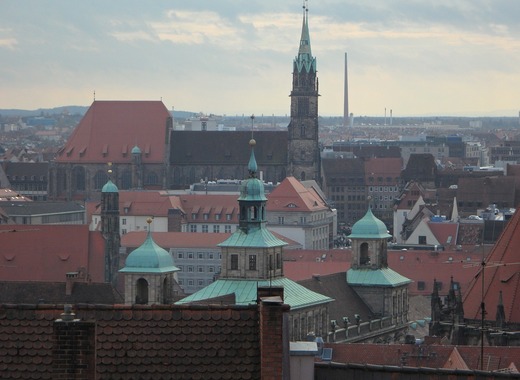 Earlier last week, the Nuremberg City Council reached the unanimous decision to create a year-round 365-euro ticket for the city’s public transport network. This represents a major victory for local authorities in their overarching push to make the use of alternative modes of transport more attractive to citizens in order to phase out personal cars and other highly polluting vehicles.

The idea for a 365-euro annual ticket isn’t something new. Rather, it’s been in use in major metropolises for years and its implementation has been widely seen as a great success – most notably in Vienna. The Austrian capital’s experience is precisely what served as an inspiration – and an effective blueprint - for Nuremberg officials who were on the lookout for sustainable urban mobility solutions.

The Nuremberg City Council’s decision to implement a similar initiative in their own city is meant to make the use of public transport not only cheaper but also more convenient and accessible. That, in turn, would allow the city to steadily phase out cars and other highly polluting vehicles, thus creating the perfect conditions for it to successfully reach its climate targets.

The ticket in its entirety will enter into circulation on 1 January 2023 – but another, less far-reaching alternative will also enter a trial period at the start of 2021. Said alternative will allow holders of the “Nuremberg pass” to purchase monthly tickets priced at 15 euros.

But the ambitions of the Nuremberg City Council do not stop there. Instead, the city’s government wants to expand their 365-euro annual ticket to surrounding areas and is currently engaged in talks with surrounding municipalities for their joint implementation of the project. Should those negotiations end up being successful, that would result in the creation of a large area that puts people, their health and the environment, at the very top of the agenda.