Interview with the mayor of Stropkov, Slovakia 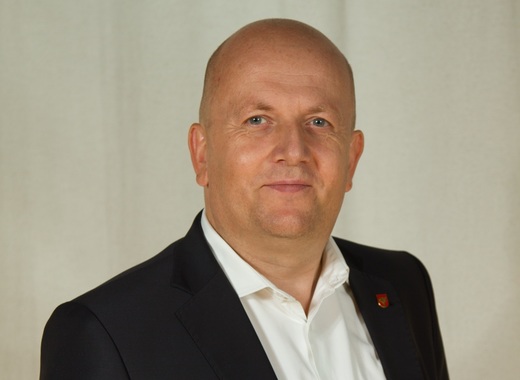 Ondrej Brendza was born on 24 September 1973. He studied at the Faculty of Law of the Pavel Jozef Šafárik University in Košice.

He worked at the Administration of the Real Estate Cadastre in Stropkov, where from 1998 to 2013 he held the position of director. After the transformation in 2014 he was the head of the cadastral department of the District Office.

Brendza started his career as a football referee in 1992, and from 2010 to 2016 he was an international assistant referee at FIFA. Since 2002 he has been the chairman of the Ondava Regional Football Association. 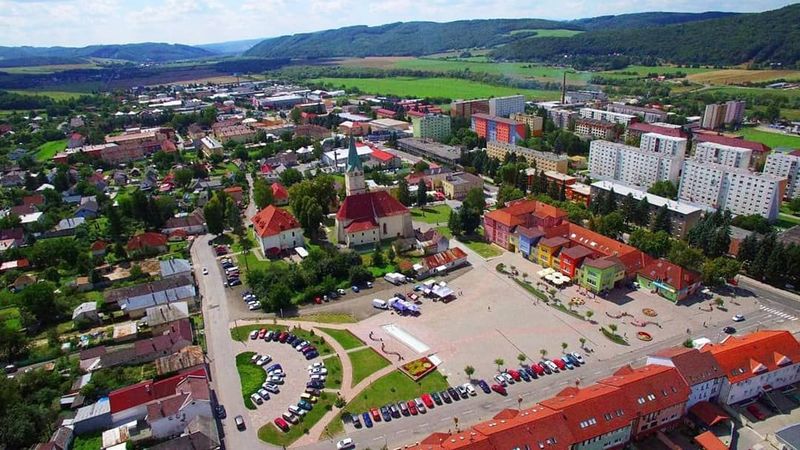 In Stropkov you can find an attractive natural setting with mineral springs. Photo by Stropkov Municipality

We use to describe Stropkov as a little big city. Little with its area, but big with our history, life quality and general potential.

The first written mention of the town dates back to the year 1404. Dating back to the turn of the 14th century, the Gothic Most Holy Body and Blood of Christ church is Stropkov’s most significant cultural and historical sight. The church and the nearby Gothic and Renaissance manor house used to be a part of the former castle of Stropkov.

You can find here an attractive natural setting with mineral springs, the rich flora and fauna, a great number of interesting historical and cultural sights and the sports and recreational services near the town. Excellent recreational and water sports conditions are provided by recreational resorts at the nearby reservoir of Domaša. The region provides several fishing opportunities and is a well-known mushroom picking locality, too.

The rich offer of cultural events is represented by the summer Market of Stropkov, Days of honey in autumn, Christmas markets and several subregional sports events.

In the district of Stropkov there is the village of Tokajík. It is famous for the 1944´s war tragedy where a cemetery and a WW II. victim memorial has been built.

The region of Stropkov was an important area of WW I. fights, too. In the village of Velkrop there is the largest military cemetery in Central Europe.

North-east of Slovakia and the Polish border is also known as the region of historical wooden churches. In the district of Stropkov there is also the village of Miková, were the parents of the PopArt founder Andy Warhol, came from.

What are the main achievements and initiatives completed since you assumed the post of Mayor in 2014?

I am very pleased that we have fulfilled most of our election program from 2014. We focused on the reconstruction of sports grounds, public buildings (cultural center, town hall), created a new cinema, renovated public lighting, revitalized public spaces and created new tourist sites near the town.  We have also streamlined the operation of town companies.

The Municipality is implementing several social-oriented initiatives. Please tell us more about the most important of them.

We are also a co-founder of the Children house of Divine's mercy, n.p.o. facility for the physically and mentally handicapped. Thanks to the cooperation of the municipality and a private investor, the hospital operates a specialized facility for patients with diseases such as Alzheimer's or Parkinson's syndrome.

We have also created conditions for the functioning of a day center for seniors and a maternity center for mothers with small children.

Share other good examples from the municipality. How do you finance them?

We make several investments thanks to combined financing with EU funds, but also various subsidies. We are starting to reconstruct a tourist cottage in the recreational zone “Pod vlekom” within the cross-border cooperation in the near future.

We are preparing the reconstruction of the ice rink, thanks to a subsidy from Prešov self-government region and the Slovak government. We are starting to reconstruct the church tower, the most important cultural monument in the region. This is the result of our cooperation with the Roman Catholic parish office and state government.

We created a museum in the manor house and in cooperation with the Regional Museum a permanent exhibition was also set up there. We are reconstructing a football stadium thanks to a subsidy from the Slovak football association and we are also investing in road infrastructure thanks to funds from the government and own money.

As a sports lover, how do you support end encourage the active way of living among the young residents of the municipality?

We have also fulfilled our election promise to build at least one new playground every year. Since 2015, we have gradually built eight of them. The winter stadium, tennis courts, swimming pool – outdoor and indoor, football stadium, grandstand, city sports hall, swimming pool, small ski lift are undergoing gradual renovation.

The town has enough space for sports for young people and the public during every season. And we are also the founder of the most attractive places for tourists in the region - Animal Park in the centre of town.

What will be the main goals you are planning to develop in the near future to make Stropkov a better place to live?

Small in number of population, but large and rich in its history, its successful natives. Since 2015 we have been trying to transform it into a better place to live. Two years ago, I chose the Success Story of a Small Town as the election slogan. So, it is in fact.

Stropkov is a model for many, and I am glad that our citizens also appreciate it. Stropkov is a city of culture, sports and social life. In the future, we want to build on our rich history and be even more open to tourists, as we feel a slight deficit in this regard.

Certainly yes. Connecting is necessary and it is certainly appropriate for European mayors to be able to find interesting information in one place and, for example, to establish new or strengthen existing cooperation through such a portal.

To find out more about Stropkov, visit the profile of the municipality.