One of Bratislava’s historic centres to be renovated

One of the oldest parts of Bratislava, the settlement of Vydrica, is being prepared for massive construction and renovation efforts over 50 years after its buildings were first demolished 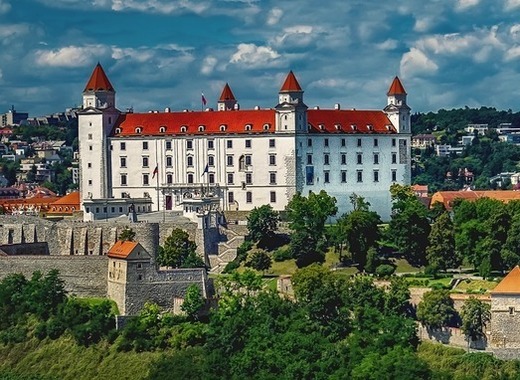 What first arose as an important fortification along the Danube river in the 13th century and was later incorporated into Bratislava city proper in the 1800s, is currently primed for massive reconstruction. After buildings on the land were demolished in the 1960s, it was put up for sale in 2017. Two years later, the municipality finally has a concrete vision as to what the future holds for the centuries-old borough of Vydrica.

Building upon plans drafted over 20 years ago but never enacted, the Bratislava city council aims to intertwine the significance and historical locales of Vydrica with the capital’s modern outlook – a seamless blend of its urban, ethnological and historic identity. Vydrica Development, the current owned of the land alongside the company Lucron envisions the new and upgraded centre to focus mostly on the Vydrica castle – the fortification along the Danube build over 700 years ago. The old paths leading to the fort will be renovated and new steps will be constructed to guide local from the bank of the river up to the historical edifice. The goal in mind is for people to always be able to maintain visual contact with the castle.  Upon completion, the area will be cut off from car traffic as it will be completely pedestrianized. Currently, the total cost of the project is estimated at around 200 million euro.