Open borders to make their return in more European countries 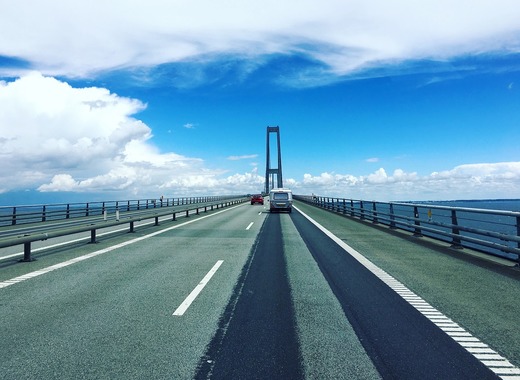 As TheMayor.EU reported earlier last week, while the EU’s institutions have been busy charting an overall course towards the return of free movement, countries around the continent have been embarking on their own similar journeys – just on a smaller scale.

The free movement and flow of capital, goods and people is one of the fundamental tenants of the EU’s single market – and perhaps might be considered one of the Union’s greatest achievements. Following the closure of borders, and more importantly, after the crisis has already subsided, member states are once again realizing the importance of the free travel area that the EU is offering – and are seeking ways to replicate its success.

The Danish government has reportedly begun talks with other countries that have managed to successfully contain the spread of coronavirus within their borders. As of right now, authorities are contemplating a 1 July reopening of borders with Czechia, Greece, Austria, Singapore, New Zealand, Israel, Australia and Israel – provided no dramatic changes occur until then in any of these states.

Furthermore, Denmark and Greece have also been engaged in bilateral talks for the reopening of each other’s borders and the dropping of mandatory quarantine, as the Mediterranean country has expressed interested in welcoming Danish tourists once its tourist season opens at the start of July.

Germany, meanwhile, has announced that it aims to bring back free European travel starting on 15 June. But before that happens, authorities began easing restrictions on more immediate neighbours – for example, the border with Luxembourg was opened up entirely, while border checks with France, Austria and Switzerland were severely reduced.

In mid-June, these aforementioned borders will be entirely opened, joining the Benelux countries that have, for all intents and purposes, been operating in a free-travel area with Germany for weeks. Travel to other non-bordering European countries will be assessed on a case-by-case basis, depending on the specific country’s success in tackling the coronavirus pandemic.