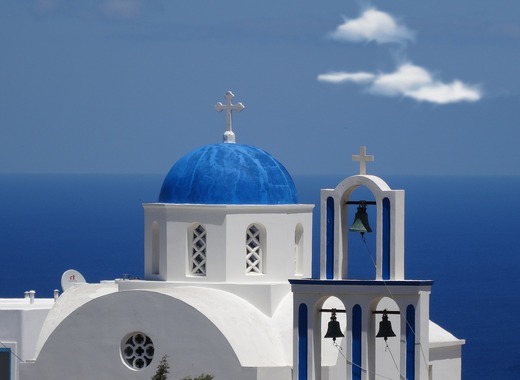 With severe lockdown measures in place, authorities around Europe have been urging their citizens to take greater care during the Easter holidays – to not visit overly crowded places and in general to keep to themselves.

Such is also the case in Greece, where the country’s restrictive measures have paid dividends with its numbers of cases being among the lowest on the continent. Yet with Orthodox Easter on the horizon, authorities are on the lookout for trouble.

An attempt at prevention

Some local governments in the Mediterranean country began working on solutions that are meant to prevent problems before they even arise – namely not only by stringently enforcing the government-imposed lockdown measures but also by providing alternatives to religious ceremonies that can be done from the comfort of citizens’ homes.

The original plan was hatched by the Mayor of Elliniko-Argyroupolis Municipality, Giannis Konstantatos. In a statement on Facebook how the municipality will deliver Holy Fire directly to the homes of its citizens without them needing to leave the premises of their apartments and houses.

Other municipalities quickly followed suit – Epidaurus announced that its volunteers will also bring Holy Fire to every neighbourhood of the city while also setting up municipal loudspeakers that will broadcast the religious services during the Holy Week between 12 and 19 April.

The Municipality of Xanthi meanwhile stated that it will be doing the same delivery, thanks to the assistance of local police officers who will take over said duty.

Yet, despite these municipalities’ good intentions, the idea was quickly lambasted not only by the country’s Civil Protection Agency, which stated that the idea was wholly unacceptable but also by the President of the Association of Greek Municipalities Giorgos Patoulis.

Both claimed that such initiatives will only provide citizens with another opportunity to gather in confined spaces and expose them to unnecessary human contact. Central authorities in Greece reiterate that citizens should continue staying at home and not break quarantine despite the oncoming holidays.