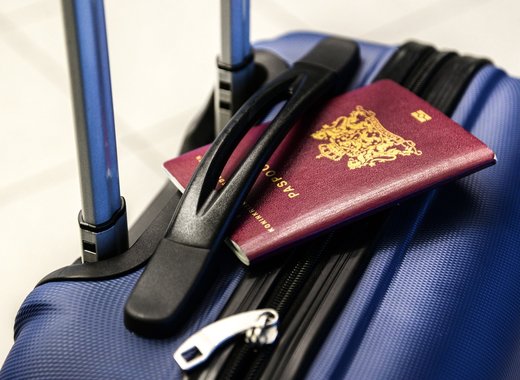 A Polish traveller was left very surprised when earlier this week she registered as the three millionth passenger to pass through Paphos airport for 2019, informed CyprusMail. The Mayor of Paphos, Phedonas Phedonos, Cyprus media and of course dignitaries from airport operator Hermes greeted her.

Following the official welcoming, high ranking members of the Cyprus Police, the Paphos regional board of tourism, local government, Hermes airport staff and other dignitaries were invited to a buffet lunch held in the food court area of departures.

In May 2006, Hermes Airports assumed management and control of Paphos and Larnaca International Airports, under a 25-year BOT (Build – Operate – Transfer) concession agreement with the Cyprus government. At the time, it was the first privatisation of its kind in the country. The consortium represents a mix of Cypriot and international partners.

It was named “the most accessible airport” in 2018

Paphos airport was inaugurated on 17th November 2008 and was named “the most accessible airport” by ‘Airports Council International – Europe’ in 2018. According to Hermes, in 2006, some 1,832,655 passengers used the transport facility and in 2012, the number of passengers exceeded two million for the first time. In 2019, a new record was registered - three million passengers.

In total, over 11 million passengers travel through the International Airports of Paphos and Larnaca every year. Paphos airport is utilised by 24 airlines flying to 50 destinations in 25 counties.

Some of the future projects of Hermes include a photovoltaic park of 20,000 m2 that will cover 30% of the annual energy use of the airports. To enhance the passenger experience, the upgrading and refurbishment of the airport restaurants and shops are planned for 2020 – 2021. In addition, new stores will also be established and a graffiti project in the departure area of Paphos airport will also get underway in 2020.