Offering beers from around the world, games, food and live music 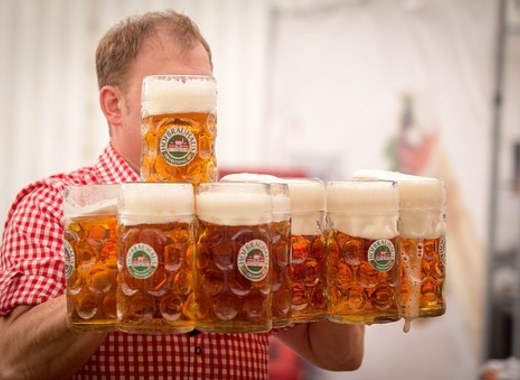 The Paphos Beer Festival starts its 9th edition today and continues up until Saturday, 20 July offering beers from around the world, games, food and live music. The Beer Festival is the largest and longest-running festival of Paphos, announced the Municipality. The 9th edition of the event returns to the most amazing location - the Paphos Medieval Castle Square. Offering family entertainment, this is an event not to be missed this summer in Cyprus.

The main element of course is the beer, coming from local and international breweries and microbreweries. Everyone can feel the taste of beers coming from Cyprus, Greece, Belgium, Germany, Poland, Czech Republic, England, Ireland, Japan, Russia, Bulgaria and Denmark. Beers will be available at the beer garden that will be set up next to the selection of street food offering burgers, ribs, pizza, pulled pork and local delicacies.

The events' guests will have the chance to learn more about beer and its production process through an interactive setup and play beer-related games and will have the chance to win prizes. There will also be a children’s playground. Entrance to the festival is completely free. The Paphos Beer Festival awaits you from 17 to 20 July at Medieval Castle in Paphos from 6 pm to 12 am.