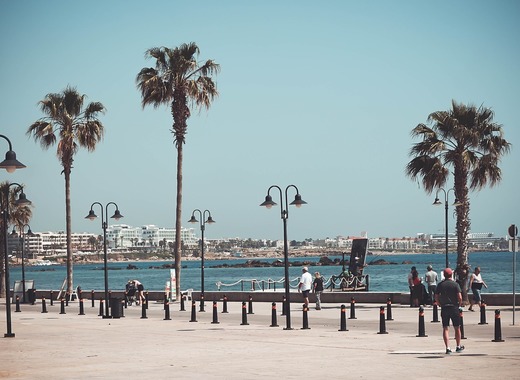 Paphos’s Old Town is the very heart of the city and is an extremely important location – not only for authorities but for citizens, businesses and tourists as well. For a long time, however, it was relegated to the sidelines, left in disarray and abandoned to the mercy of time – but that has now changed with its reopening to traffic last Thursday following the completion of renovations that have once again made it into a place well worth spending your time in.

The project that was completed and officially unveiled earlier this week by the city’s mayor encompasses renovations of the entirety of Fellachoglou Street and its adjacent roads, as well as the refurbishment of the nearby parking spaces, which can now house some 170 vehicles.

Furthermore, the local government has also adopted an environmentally friendly and smart approach when it comes to redesigning the city’s central area. Modern road lighting and road markings have allowed for the newly unveiled parts of the Old Town to be seamlessly reincorporated into the traffic flow of the city. That, in turn, will lead to an increase in traffic to the centre of Paphos and will make it generally easier to get around the city, according to local authorities.

The project, however, is far from complete, as the municipality envisions further refurbishments to roads and building facades and the reconstruction of more parking lots that will further improve the city centre’s potential.

These latest developments build on top of the incumbent administration’s agenda of “tidying up” the municipality with a special emphasis on the Old Town which has been the centre of economic and social activities in Paphos for centuries.