They often encounter loneliness in their daily work 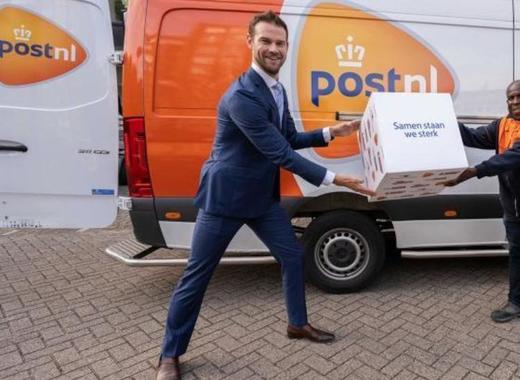 A pilot project against loneliness is starting in the district of Schiebroek-Hillegersberg of Rotterdam, the city announced earlier this week. The main role will be played by PostNL – a postal and parcel service provider in the Netherlands, and its couriers. The employees, who often encounter this negative social phenomenon during their work, will now be able to report it to the social services and thereby facilitate their timely reaction.

PostNL, the municipality of Rotterdam and social services provider DOCK are starting a trial with reporting loneliness by parcel deliverers. 15 staff members can now voluntarily report when they spot lonely Rotterdam residents to whom they deliver parcels.

The pilot is called Signal Point against Loneliness and was born within the postal company, whose staff often encounter loneliness, in particular when delivering aid and care packages. The reports can be made by text or WhatsApp messages to DOCK, who takes up from then on.

Representatives of the welfare organisation commit to reacting within 48 hours of receiving a signal by visiting the resident on the spot and verifying if he really needs assistance while respecting their privacy. The pilot will last until December, the participation of PostNL drivers is voluntary and based upon their judgment.

“A great and social initiative”, says alderman Sven de Langen. “By joining forces, we can quickly pick up worrisome signals and thus better prevent people from becoming socially isolated. The sooner loneliness is recognized, the more we can do for the other”, he continued.

Rotterdam has been working against loneliness for a couple of years now. There already exists a functional hotline in the city through which everyone can report social isolation. Furthermore, in the Netherlands, there exists a National Coalition against Loneliness, where companies, social organizations and government institutions are joining forces to reduce loneliness among the elderly.

Why take action against loneliness?

Loneliness can be described as a subjective emotional state, when one feels left out, craves for social contact but lacks the possibility to find it or perceives his relationships as insufficient. Loneliness is naturally more common among the elderly, but it is also seen in other vulnerable groups like newcomers or immigrants, and the situation got even worse with the unfolding of the coronavirus pandemic and the enforced social isolation.

According to Psychology Today, loneliness is linked to a number of unfavourable phenomena – it can be associated with depression, mental illness, increased risks of diseases, including heart, diabetes, arthritis, Alzheimer. They also point out the fact that serious and chronic loneliness can even increase the risk of death.