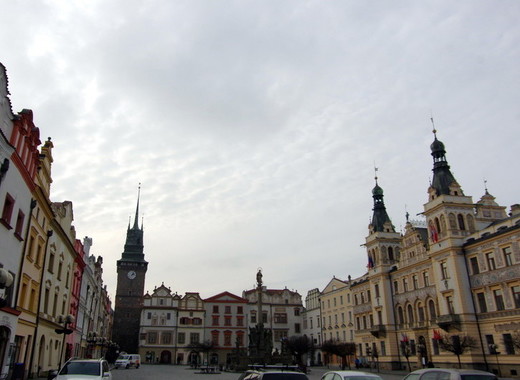 Another 25 small flats owned by the city of Pardubice are ready to welcome their young inhabitants, announced the Czech Municipality last week. This year, Pardubice City Hall resumes with the fifth edition of the Start-up Housing for Young People project. It aims to help people and couples under 30 start their career or family life with a lower burden related to housing.

A successful policy for the young people of Pardubice

The 25 available flats and their characteristics can be seen on the municipal website where prospective tenants can submit their applications. The flats are distributed among a total of four locations, including Bělehradská Street (13 flats), Sluneční Street (2 flats), Sokolovská Street (7 flats) and the Railway Regiment (3 flats). The winners will be drawn at the end of September.

The city has been offering "start-up" flats to young people since 2016. Each tenant can benefit from the programme for a period of four years, with a discounted monthly rent of CZK 50 (2 euros) per square metre for the first three years and CZK 80 (3 euros) per square meter for the fourth year.

Prospective tenants should have a gross monthly salary of at least 16,000 crowns and be younger than 30 years, in the case of couples and spouses, their total age must not exceed 65 years, and one of them must be under the age of 30.

The City Hall has claimed great success with the programme so far – last year the authority received almost 200 applications for 25 flats and in 2018 the applications from economically active people and couples exceeded 260.

Another 25 affordable flats will have their new tenants as part of Pardubice's programme for young people. Photo: City of Pardubice

Responding to a growing demand

"Average prices on the commercial rental market in Pardubice have climbed over 200 crowns per square meter, and the owners often require a deposit of one or two rents, which makes housing much less affordable for young people. Based on the positive feedback from young working people, we, therefore, continue the Start-up Housing under the same conditions,” explained Jakub Rychtecký, Deputy Mayor responsible for social policy in the city, as quoted on the municipal website.

In his opinion, the essence of the project is to support young working people in their efforts to stand on their own feet and give them the opportunity to save, to start a career and to have a normal life without the risks of a mortgage. The representative believed that these are all prerequisites for the responsible establishment of a family.

Finally, the Mayor of Pardubice, Martin Charvát commented on a survey conducted by the Municipality in previous years among young individuals interested in renting affordable flats. The data has shown that many people still live with their parents or that their financial situation does not allow them to apply for a mortgage.

Another important finding is that about 80% of respondents plan to stay in Pardubice in the future. The effort to keep young people in the city is one of the main goals of the Start-up Housing project as was explained by Charvat.