Piestany plans for the future 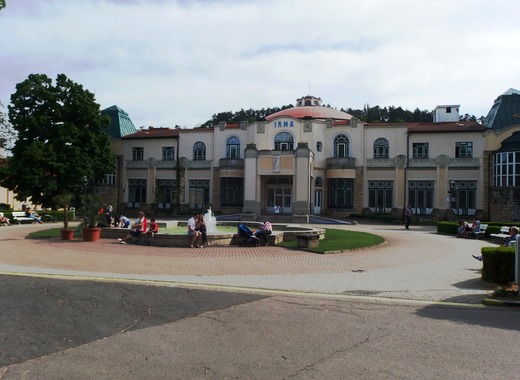 Piestany is ready to look forward towards the future. The city and its administration announced its ambitious investment plans for the year 2020, proclaiming a special emphasis on an environmentally friendly approach and focusing on the main areas of infrastructure development and education.

The mayor of Piestany Petr Jančovič summarized the priorities of his government for the development of the city – bridges, cycling paths, environment and of course, education.

Making the most out of the budget

Piestany’s 2020 budget makes up a total of around 32 million euros after members of the city council decided against submitting an application for a loan of 1.1 million euros.

The local administration has decided on spending around 11 million euros on education -  "We will continue to repair the facilities of kindergartens and primary schools (elementary schools), the primary school on FE Scherera Street will also be brought under the legal obligation of free meals" stated mayor Jančovič, as quoted by sme.sk.

The local administration is of course, also passionate about the environment. The city will continue with its efforts in protecting and preserving local greenery and is eager to move forward with a multitude of projects that are meant to make different parts of the urban area more attractive to citizens.

Furthermore, local authorities are promising to keep up the development of cycling infrastructure and to promote the use of bicycles as a viable alternative to personal car transport – thus not only ensuring the health of citizens but also protecting the environment and improving the air quality in Piestany.