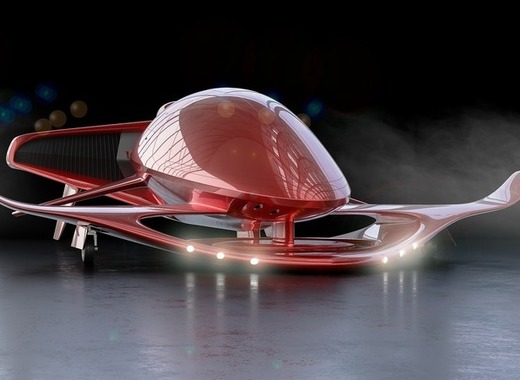 A flying drone-taxi was tested by journalists in Vienna’s Generali Arena stadium. The technology is being developed by Chinese company EHang and is the first of its kind to be made available to a wider public. The trial runs were confined to the stadium as it technically constitutes an aircraft and requires certification in order to fly in Austrian airspace.

The two-seat vehicle is equipped with 8 sets of rotors and is quite loud, according to the journalists, but the developers are hoping to reduce the amount of noise emitted by the drone. EHang hopes the drone to be able to carry passengers over distances up to 35 km. with a speed of up to 130 km/h, carrying over 200kg. The vehicle’s batteries can last around 30 minutes before they need to be recharged.

Austrian transport minister Norbert Hofer was also present at the demonstration. He hopes Austria to be one of the first countries to have drone taxis operating regularly in its cities. Draft legislation is already being prepared that aims to facilitate the granting of flying licenses to the vehicles – but there’s still work to be done, as it’s neither a helicopter or an airplane so it requires a more creative and flexible solution. The company and its affiliates have already been in contact with the EU’s European Aviation Safety Agency in order to get the drones authorized on an EU level.