Pilsen is getting support for public transport from the EIB 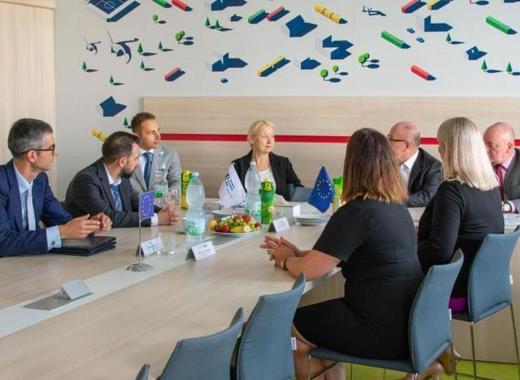 Pilsen is soon going to have its public transport considerably improved, thanks to funding provided by the European Investment Bank. Following the agreement reached between the EIB and the local transport provider of the Czech city, 50 million euros will be lent to the company (Plzeňské městké dopravní podniky) to help the implementation of the sustainable transport strategy by mitigating the environmental impact of transport.

The funding by the European Union’s bank is expected to go for the purchase of around 35 new trams and 34 new trolleys, as well as for the reconstruction of depot facilities and modernisation of infrastructure. Thus, the EIB Vice-President Vazil Hudák believes that the financing will have a positive effect on the quality and safety of local transport, which will ultimately make them a more attractive mobility alternative. Furthermore, the effects ripple beyond the local level of the fourth largest Czech city as the project contributes to the climate goals of the EU.

The tram depot in Slovany district, that has been subject to critics due to its condition lately, will see a number of improvements, including noise reduction, green roofs, collecting rainwater for washing of trams, among others. Its reconstruction is expected to take place between 2020 and the end of 2022.

The financing by the EIB is not a first for the region: prior loans have contributed to cultural transformations, infrastructure upgrades and connectivity.

More about the project, find from the European Investment Bank.