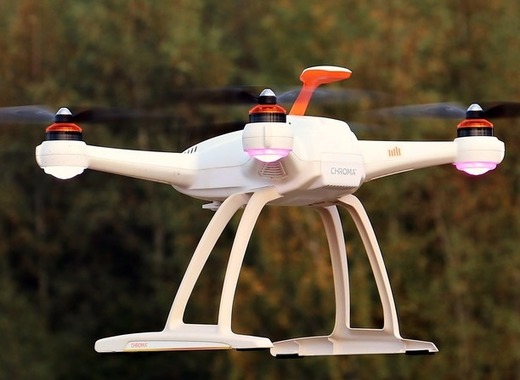 Pilsen has recently won a prestigious award at the Smart Cities for the Future 2019 competition. The Czech city was recognised for using drones as support for Integrated Rescue System (IRS) units. Pilsen is the first in the Czech Republic to make drones an official part of the IRS.

The activity is possible thanks to the successful cooperation between firefighters, police officers and rescuers. Activities related to unmanned aircraft are part of the Smart City Pilsen concept, which aims to bring the inhabitants of the West Bohemian metropolis smart solutions for a better, safer and more comfortable life.

“Pilsen is a pioneer among Czech cities in the field of unmanned aviation industry. As the first city in the Czech Republic, we have obtained permission to perform aerial work by unmanned aircraft, and since then we have been constantly expanding and advancing in the spectrum of their use. Cooperation with the integrated rescue system is appreciated by experts not only at home but also abroad, which is of course great. With the help of technologies we are able to help where it is needed and thus participate in the protection of human lives and property” said deputy mayor Pavel Šindelář, responsible for the Pilsen drones.

“Activities related to drones are carried out by our contributory organization IT Administration of the City of Pilsen, specifically the Drones SIT section. It uses unmanned aircraft in many areas, and cooperation with IRS has intensified in recent months” added Mayor of Pilsen Martin Baxa, as quoted by plzen.eu

Together with the University of West Bohemia in Pilsen, Pilsen drone develops unique fire sensors carried by a drone that can measure the levels ​​of hazardous substances, including their spread. The contribution of drones is absolutely vital, as the commander of rescue intervention can have a comprehensive overview of the extent of a fire or other emergency in real-time. It enables remote laser measurement, but also thermal imaging, and in conjunction with time data, therefore accurately predict the further possible spread of danger or estimate the expected time of disposal.