Plomari – Ouzo Capital of the World

There are several ouzo factories and the Barbayiannis Ouzo Museum 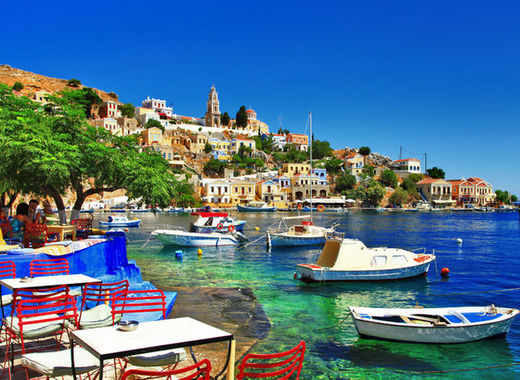 On the southern coast of Lesvos, Plomari, the ouzo capital of Greece, is built amphitheatrically near the sea and is the second largest town on the island after Mytilini. This is where the famous Barbayiannis Ouzo comes from as well as several other smaller labels like the excellent Ouzo Giannatsi, both distilled in the traditional method. Whether it's from drinking the extra strong ouzo that many of the inhabitants seem to favor or for some other reason, Plomarian's have the reputation of being a little bit crazy and enjoying life to its fullest. There are several ouzo factories and also the Barbayiannis Ouzo Museum on the road leading into town.

The architecture of the town is pretty amazing with giant old mansions and decaying factories, olive presses and tanneries amongst the houses of all different size shapes and colors. The town itself straddles each side of a ravine which in the rainy season turns into the Sedountas river. Some of the houses are built right on the river and their walls form the banks, keeping the flow contained and moving down towards the sea. Plomari was originally up in the mountains where the beautiful village of Megalohori now stands. There are nice beaches in Plomari and also at Agios Isidoros which is one of the best areas on the island for swimming with a mixture of sand and a stone shelf and open sea.