With the help of municipal co-funding, the Police headquarters’ forensics laboratory and car park were renewed 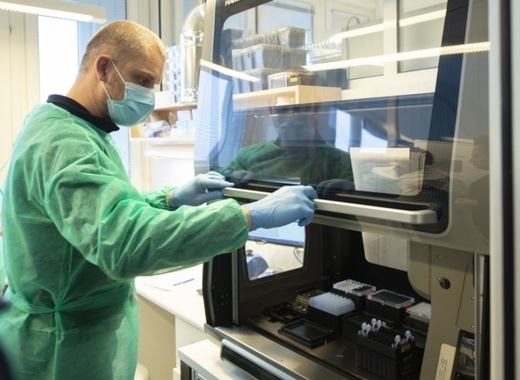 For a period of 4 years between 2015 and 2018 the Warsaw Police Headquarters Forensics Laboratory received specialised equipment which amounts to close to PLN 4.5 m (around EUR 1.08) from the municipal budget. The amount has been used to purchase GC2010 Plus gas chromatography unit for quantitative forensic analyses in the field of chemistry, such as testing for marijuana usage, the most frequently tested substance. Furthermore, an ABI 3500xl genetic analyser manufactured by Applied Biosystems (Thermo Fisher Scientific) will be available to prosecutor's offices and courts.

On top of the funds for equipment, several staff members have been honoured with awards. Four police officers from the Warsaw Police Headquarters have been distinguished for outstanding achievements; two policemen from the Road Traffic Division were awarded for their involvement in introducing traffic organisation, one police officer from the Warsaw I District Police Headquarters for his cooperation with the Public Safety & Crisis Management Department, and one member of the Warsaw Control Centre.

These measures are seen as a part of a continuous effort of the Polish capital administration to support and maintain high standards in the Police Headquarters. In 2018 alone the City of Warsaw and the General Police Headquarters co-financed the purchase of police cars for over PLN 2.16 m, including 37 hybrid cars. In total, for the past 11 years there have been allocated around PLN 168 million for different needs of the police service.

“The security of Warsaw residents is a priority to Warsaw local authorities, to me and the councillors, and to police officers,” underlined Rafał Trzaskowski, Mayor of Warsaw. “I would like to make a very clear statement that we are open to cooperation with Warsaw Police, and I hope that this collaboration, regardless of the circumstances, will be developing harmoniously,” he continued.