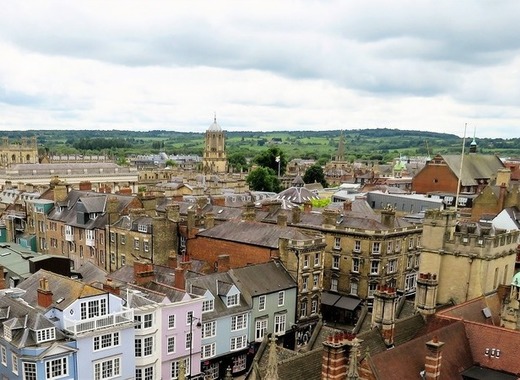 The city of Oxford has begun trials for the “OxPops” project – six e-vehicle charging stations that pop out of the ground when called for and retract once they are done with their job. The trial will continue until December with the goal of providing citizens who are struggling to keep their vehicles charged up with a viable and convenient method of doing so.

If the trial project is deemed successful, these new pop-up charging stations will remove the need for exclusive parking spaces for electric vehicles, as they do not actually take up any space on parking lots and will solve many problems involving the struggle to find such stations in some areas.

On the road towards a cleaner and eco-friendlier city

Oxford City Council was awarded £473,595 for the implementation of the pilot project last year after its application was approved. Citizens of Oxford were then asked to nominate the street where the trial will take place, with the winning entry being Lonsdale Road – a location with on-road, off-pavement parking – notorious for the headaches these factors bring to people looking to charge their electric vehicles.

When discussing the “OxPpops” project and its practical implications, councillor Tom Hayes, Cabinet Member for Zero Carbon Oxford stated that “By trialling the world’s first pop-up on-street chargers, Oxford is freeing our streets of clutter for residents travelling by mobility vehicles or pushing children along in buggies. We’re also ensuring that more people can own or drive EVs, especially those who want to switch but just don’t have driveways for off-street charging. The electric revolution should be open to all, whether they have driveways or not.”

“OxPops” is also a vital part of the Go Ultra Low Oxford on-street residential charging project. Go Ultra Low is another trial initiative spearheaded by local authorities which aims to reduce the carbon emissions generated within the city and significantly reduce air pollution. Thanks to the scheme, over 100 new electric vehicle charging stations have already been installed across the city.