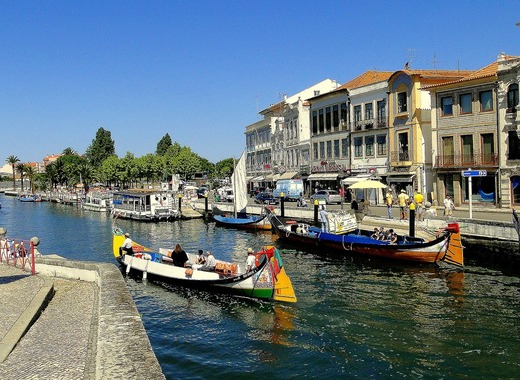 Three years ago, in the Portuguese city of Aveiro, a brand-new initiative was launched that allowed students to jointly travel to the local school on their bikes.

The idea quickly became hugely popular and was quickly adopted by citizens of other cities across the country – including the capital of Lisbon. Now, after successfully running for several years, children in other parts of Aveiro will also have the opportunity to take part in the organised trips.

In essence, the CicloExpresso initiative aims to promote the use of bicycles when getting to and from school. To accomplish that, the volunteers who came up with the initiative organized a “bicycle train” that travels around the neighbourhood before finally arriving at a fixed destination- the school of Barrocas.

Along the “train’s” route, any student can join in on their bike. The group is led by adults, usually the parents of some of the children, who ensure their safety until they reach their ultimate destination.

The success of the initiative prompted other citizens of Aveiro to organize a new group – one that will lead their children to the João Afonso school.

The expansion of the project certainly leads to several positives for the local population. On the one hand, it promotes sustainable urban mobility among citizens from an early age, and on the other, it keeps children active and healthy.

The CicloExpresso project itself has also received substantial recognition from various groups. For example, the school of Barrocas was awarded for its efforts in family-community involvement through the CicloExpresso initiative, while the route that runs to the schools in Parque das Nações in Lisbon was recognized by the World Health Organisation as an example of promoting physical health activity.