Over 2000 vehicles are being made available by local authorities 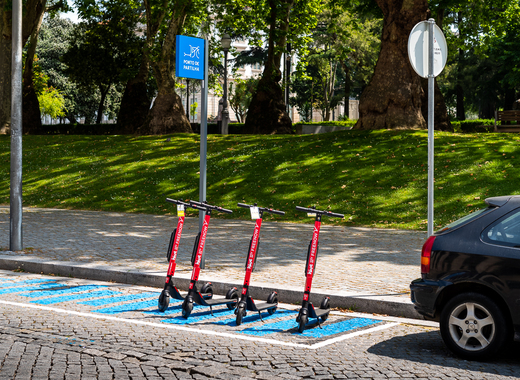 The coronavirus crisis had a significant impact on citizens’ public transport habits – it forced a completely new way of thinking about shared vehicles, namely their cleanliness and the potential threat that they might pose should one use them without protection. Such considerations led to many cities reducing the flow of traditional transport routes and the outright shutting down of other shared mobility solution – like, for examples, shared electric scooters.

In the Portuguese city of Porto, however, they have finally just made their triumphant entry. As of Monday this week, local authorities have launched the municipality’s electric scooter fleet and have dispatched over 2000 vehicles to the 210 sharing points across the urban area.

Using Porto’s shared electric scooter network is simple. All one has to do is download one of the three apps managed by the three operators – namely "Bird - sê livre, goza a viagem", "Circ - enjoy the ride" and "Hive - trotinetas e bicicletas". After that, you create an account, scan a QR code and are all ready to go.

Porto also has some special rules for the use of electric scooters so as to prevent many issues that the vehicles have brought to other cities across Europe. Shared vehicles are not allowed during night hours and are collected between 10 PM and 6 AM. Furthermore, one can only drive these vehicles in the designated cycling lanes, rather than in pedestrian areas.

The launch of this brand new service is a point of pride for Porto’s local government as it represents an important step towards the city achieving its climate ambitions. One of the municipality’s main goals is the promotion of alternative modes of transport – namely ones that are cleaner, more sustainable, and of course healthier for citizens and the environment – and by kickstarting its own e-scooter fleet, the city is achieving precisely those aims.