The city has been sustainably reducing its emissions for the past few years, reaching a milestone in 2017 and 2018 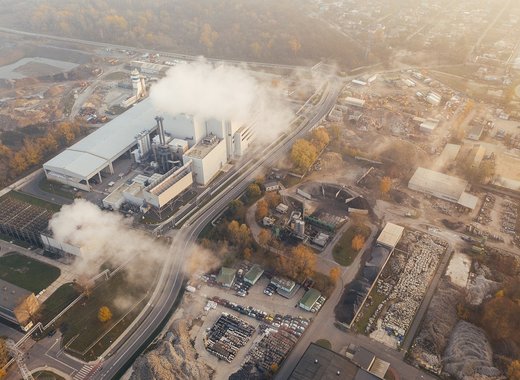 In its Annual report on Energy and Emissions in the Municipality of Porto, AdEPorto – the Porto Energy Agency, has concluded that the city’s sustained efforts in reducing greenhouse gas emissions over the past 15 years have had a tangible impact.

According to the report, consecutive local administrations of Porto have been actively engaged in a fight against greenhouse gases since 2004. Between then and 2018, there has been a documented reduction in such emissions of 36.2% - with the most progress being done in 2017 and 2018 when said decrease reached nearly 9%.

The main contributors to progress – construction and transport

Advances in technology and the adoption of a new mindset have led to great progress in terms of reduction of greenhouse gas emissions in the fields of transport and construction.

When it comes to the latter, the spectacular results in the building sector is owed to the lower use of electricity and the fact that this vector is increasingly less polluting due to the integration of renewable energy in its generation. The municipality has also actively been encouraging the creation of more green roofs across the city, as well as the installation of new photovoltaic solar panels in many public buildings.

In terms of transportation, the reduction comes mainly from the expansion of public transport – more and more people have been using it in recent years, which has substantially reduced the city’s carbon footprint. Authorities, meanwhile, have also been investing in the network’s transformation – namely into one that is more sustainable and environmentally friendly through the incorporation of electric vehicles into its fleet.

The city of Porto’s ambition is to reach a total reduction of greenhouse gas emissions of 50% by the year 2030, compared to the 2004 figures. Should authorities keep up with the current pace, it should come as no surprise if Porto not only succeeds in its ambitions but also surpasses them in the near future.