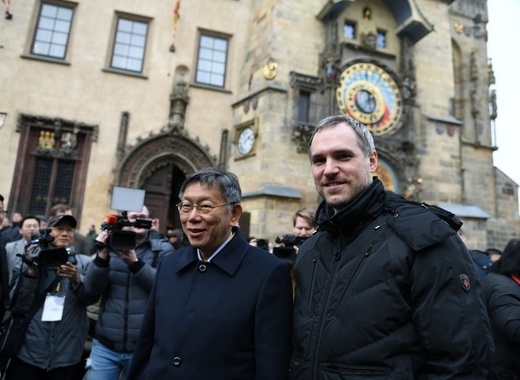 Prague has concluded a sister city contract with Taipei, the municipal authorities of Prague announced. According to the document, signed on 13th of January, the capitals of Czechia and Taiwan will be cooperating in several fields, including smart city, tourism, science and research, but also culture, economy, education and tourism.

At the ceremony that took place in Brožík Hall of the Old Town Hall or Prague, the relationship between the two capitals was officially raised to the level of sisterhood. Prague and Taipei have committed to cooperating in promoting friendly and people-to-people contacts, economic and trade exchange, culture, education, science and research, and health care.

Mayors Zdenek Hřib (Prague) and Wen-je KO (Taipei) also signed  three memorandums, establishing cooperation between zoos in Taipei and Prague, between Prague City Tourism and Taipei in the field of tourism and envisaging exchanges of experience in smart technologies and urban innovation projects.

“I am convinced that deepening relations with Taiwan to the level of the sister contract will be very beneficial for both sides. Despite the undeniable geographical distance, we are connected with shared democratic values, respect for fundamental human rights and cultural freedoms, so we can learn from each other much and inspire each other. Moreover, both cities in their region are looking forward to becoming leaders in the area of smart city and innovation, where I see great potential for the future”, explained mayor of Prague Zdenek Hřib on the occasion.

“Taiwan's investments in the Czech Republic are several times larger than those of the People's Republic of China, and Taiwan  respects the principles of freedom and democracy, too,” emphasised Jiří Pospíšil, chairman of the United Nations Representative Club for Prague, quoted by the municipal website.

The Mayors of Taipei and Prague symbolically planted a tree in the botanical garden. Photo: Praha.eu

The visit of Taipei representatives continued by planting a tree in the greenhouse of Fata Morgana in the Botanical Garden of Prague. The tree was a gift from Taiwan Forestry Research Institute and can live up to 2000 years.