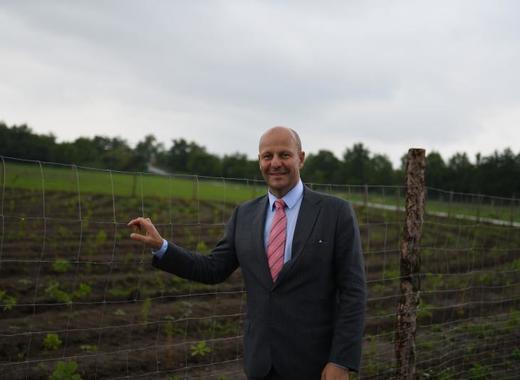 Prague is another European city that strongly relies on expanding greenery as means to mitigate the effects of climate change. Recently a project of the City of Prague has been successfully completed, namely “Les Arborka” in Satalice, report the local authorities. Here, more than 89 thousand trees were planted on what was originally farmland. Planting new trees is a cornerstone of the fight against drought and climate change, confirms the Deputy-Mayor Petr Hlubuček. He emphasised that in addition to the positive climate effects, the inhabitants of Satalice and the surrounding area would have a new place for walks and relaxation in nature.

Moreover, the former dirt road has been recovered in this area. Thus, now it is possible to use a new 2.5 km long asphalt road by bike, skates and on foot. For walks and recreation, people can also take advantage of the new bog path, which alternates between forests and meadows, with more than nine newly built hectares. The total area of ​​"Les Arborka" exceeds 18 hectares, which is equivalent to 25 football fields.

The initiative was prepared and funded by the Department of Environmental Protection. Of the total 11 million crowns, which is the current cost of setting up the new forest, more than 75 percent was spent on building roads. In the autumn of this year dozens of trees will be planted there. The trees of varied species will be planted in such a way that they aesthetically contribute to the area and to ​​Prague’s public greenery.

The Prague City Hall's currently processed projects include the completion of the largest continuous area of ​​new greenery in Prague.