The wooden orthodox temple suffered a devastating fire on 28 October 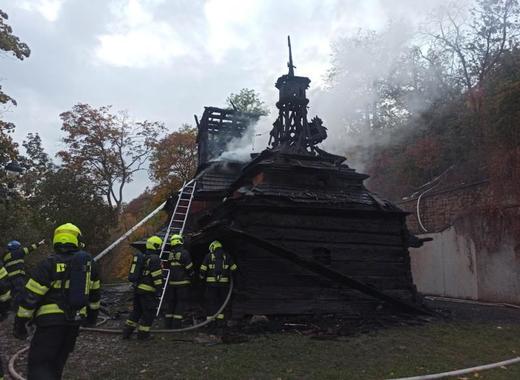 As of Wednesday, the public can contribute to the restoration of the Church of St. Archangel Michael at Petřín, according to the authorities of Prague. The monument which has been the property of the Czech capital and used by the Orthodox Church for several decades, suffered a devastating fire last week.

Immediately after that, Prague began negotiations on the repair of the church and the possibility of announcing a crowdfunding campaign for its restoration. The latter was finally agreed upon earlier this week and will be up and running for one year.

Contributing to the restoration of an important cultural monument

The opening of the donation account was approved by the Ministry of the Interior of Czechia and people are now finally able to send their contributions to the account 500089822/0800 until 4 November 2021. The metropolis also began coordinating the restoration operations and was offered assistance by the National Museum, the National Monuments Institute and the Ministry of Culture.

A footage showing the church of Church of the Archangel Michael at Petřín reduced to ashes. Video: HASIČI PRAHA / Prague Firefighter Service

"The good news is that the National Museum has much more information about the construction of the church than we expected. Photo documentation, documentation of the dismantling of the church and its reassembly, as well as partial documentation of the interior will be very helpful during the restoration. The public collection will enable all of us who care about the wooden church to participate in its restoration" explained Hana Třeštíková, Councillor for Culture and Tourism quoted on the website of Prague.

During the fire, the church burned almost in its entirety, and the damage is expected to exceed several million crowns. The capital will make use of its insurance of the building, while the Orthodox Church is expected to do the same for the moveable property.

The Church of the Archangel Michael in Kinsky Garden

The Church of the Archangel Michael was a small wooden Orthodox temple with a shingled roof, situated in the Kinský Garden. Also known as the Carpathian Church of St. Michala, it was constructed in the second half of the 17th century, transferred in 1929 from Subcarpathian Russia (now Ukraine) to its current location. 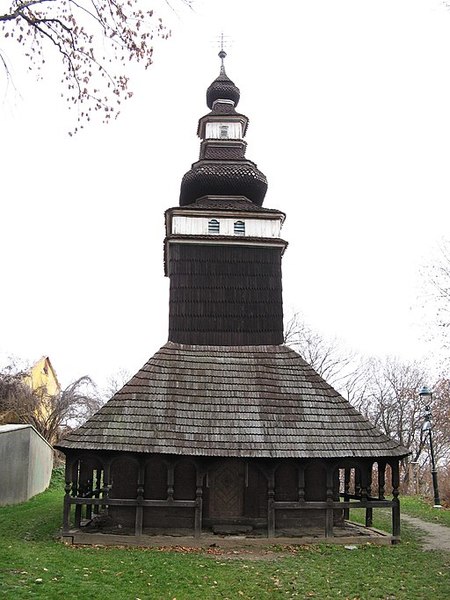 Built in the so-called Bojkov building style with elements of folk baroque, the church was about 14 meters long and 8 meters wide with its tower reaching a height of about 17 meters. The temple was part of the collections of the Ethnographic museum. Photo by Ludek, CC BY-SA 3.0 via Wikimedia Commons