Prague with a major tree-planting programme 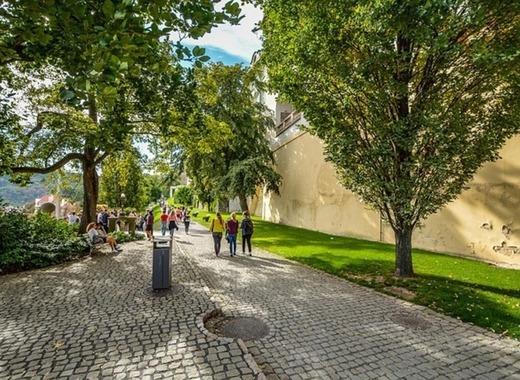 Each newly repaired street in Prague will have trees planted, confirms Deputy Mayor Ing. Petr Hlubucek, and additionally, new forests will be planted in the outskirts of the metropolis. Overall, this major investment of millions of korunas in greening the city over a period of eight years. The target number was set to a million of new trees. For this purpose, the town is now preparing an action plan for tree-planting for the next eight-year period, implemented jointly with municipalities as well as companies.

Only in the spring of this year, according to spokesman Hofman, the municipality has prepared projects for afforestation of several territories in the towns of Satalice, Běchovice and Holyni about 130 thousand trees. The reconstruction of the Prague parks has a budget of 68 million Czech korunas (2.65 million euro) for this year, for example, the Stromovka revitalization is to be completed.

"Most of the trees were newly planted as part of afforestation of the original agricultural land," Vít Hofman, spokeswoman for the municipality, said for aktualne.cz. These were mainly urban areas in parts of the city which are quite distant from the wider centre, such as Vinoř, Běchovice or Slatina. It is estimated that the trees will still be the most expensive on the outskirts of the city.

"Everywhere, where we are going to reconstruct the technical infrastructure of the city, which is mostly street-bound networks, we take into account, besides sidewalks, stops and furniture, with a green installation”, says Hlubucek. An example is Vinohradská Street, whose reconstruction will soon begin.

It is not yet clear how much a million trees will stand for. The number of planted trees will depend on how many of them will come right in the streets. While planting seedlings will only cost a few tens of korunas, the planting of a solitary tree in the park is worth 10 to 15 thousand according to its type and size, and for a single specimen in the street alley the city will pay at least 30 thousand crowns. "But our 70-million-dollar budget is definitely supportive," Hlubuček assures.