Preparations begin for the construction of Copenhagen’s Nordvahn tunnel 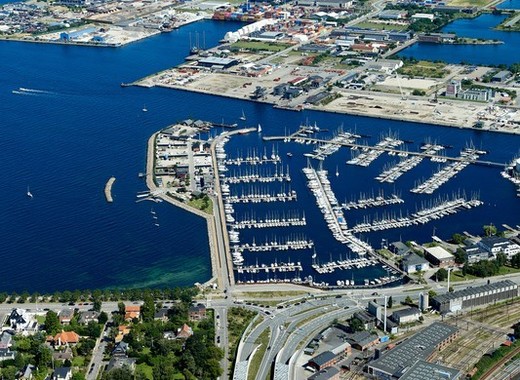 The Danish Road Directorate Vejdirektoratet has begun the initial preplanning and preconstruction phase for the Nordvahn tunnel project – a massive initiative that aims to provide an improved connection between Nordvahn and the rest of Østerbro.

Laying the groundworks for major improvements

The first step of planning consists of geotechnical investigations in Svanemøllebugten and at Nordhavn. Exhaustive work is needed in order to determine the process and circumstances in which the actual construction will take place.

This crucial part of the work has been outsourced to the construction company Per Aarsleff A / S which is currently performing an investigation of the soil and water conditions in the area where the Nordvahn tunnel will run once it is completed, namely through Svanemøllehavnen, Kalkbrænderiløbet and at Nordhavn, where the tunnel will be built - as well as in Færgehavn Nord, where the Danish Road Directorate will establish a temporary replacement port. The work is also a key prerequisite for other follow-up projects like the further construction of the 1.4 km stretch between Strandvænget on Østerbro, under Svanemøllehavnen and up to the extension of Kattegatvejs in Nordhavn.

“The geotechnical studies provide important detailed information about the soil conditions and form the basis for the detailed strength calculations of the tunnel and the construction pit. These calculations will be performed partly by the Danish Road Directorate's main adviser Rambøll and partly by the future tunnel contractor, ” according to Silas Nørager, senior project manager in the Danish Road Directorate, responsible for the construction of the Nordvahn Tunnel.

The soil and water tests will take somewhere around 5-6 months and will lead up to the actual construction of the tunnel, which should become available for use sometime in 2027. The new juncture will not only improve the traffic flow in Copenhagen but also might find other uses as it will act as a key bridge between vital locations in the capital.