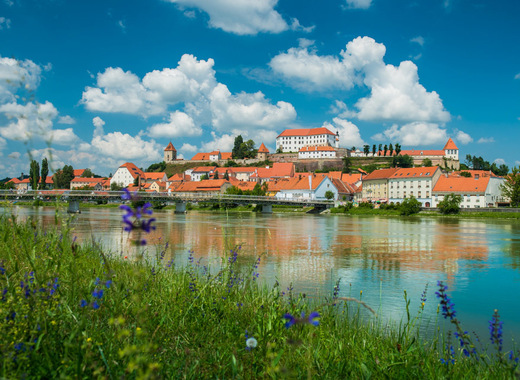 Ptuj is the oldest town in Slovenia and one of the oldest of whole Europe. In 2019, the oldest Slovenian town will celebrate the 1950th anniversary of when the town was first mentioned in writing in Tacitus' history books. Tourism in Ptuj dates back to the second half of the 19th century, with visitors attracted by the mild climate, vibrant bird watching, one of the best carnivals in the world, great wines, delicious food and healthy waters of the Drava.

Ptuj is not only the oldest town in all Slovenia but one of the prettiest as well. The city has a charming old town with beautiful historic buildings, many interesting churches and monasteries, a medieval castle, Slovenia’s oldest wine cellar, and a famous thermal spa. Lake Ptuj is the largest Slovenian permanent lake, on the shores of which more than 230 species of birds nest.

To take you back to Ptuj’s Roman past, the city is organizing several events throughout the year – A journey to Ptuj’s Roman period (the Romans – guides in customs, which will introduce you to the spirit of the past in a very picturesque way), Roman Games (four-day spectacle, which will be attended by 800 Romans in costumes) and Heart of Petoviona exhibition (exhibition at the Regional Museum Ptuj–Ormož with the latest archaeological finds in the centre of Ptuj).