Pupils map the stories and digitize human heritage of Brno 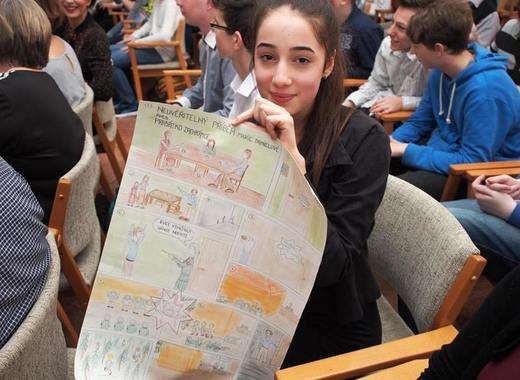 The Municipality of Brno will be supporting an interesting initiative that narrows the intergenerational gap. The Czech city wants to provide almost 300,000 Czech crowns to eleven schools participating in the Post Bellum Neighbours Stories project. The main tasks of the students: to meet witnesses of historic events, hear and record their stories, create a radio, television or written reports about them.

The schoolchildren will be collecting the stories of persons living in their neighbourhoods, digitizing photographs and exploring archives. About a hundred of 8 and 9 grade students, accompanied by their Post Bellum teachers and coordinators, will become radio or television documentary filmmakers for several months. The municipal funds will be used for the acquisition of the necessary material, as well as for the coordinators who will guide the pupils in their work, explains Jaroslav Suchý, councillor for education and sport.

A regional project bringing young and old generations together

The project is run by the non-profit organization Post Bellum, which aims to map the stories of witnesses in Brno and the South Moravian Region. “In this unconventional way we want to educate pupils in our modern history and also contribute to intergenerational understanding,” said Suchý, as quoted by Brno municipality.

David Butula from Pamet Narodna highlights the interconnection of the project with the skills children will be aiming to master: “This project will help students learn about the techniques of modern media and learn about modern and local history... No textbook can inspire as much as a narrative" Butula added.

The results of pupils' efforts will be presented in June next year at the final presentation day. If other primary schools are interested, the organizers are motivated to continue this project in the years to come.

“This is a very successful activity, which has already found its place in Brno - our schools have been involved since 2014. That is why we decided for the first time this year to financially support it directly at the city level. The memories of witnesses are very important for the young generation. For example, we can see this in the ongoing events that commemorate the thirtieth anniversary of November 1989” added Markéta Vaňková, Mayor of Brno.

There are 1192 stories collected so far. You can see them on the project website.