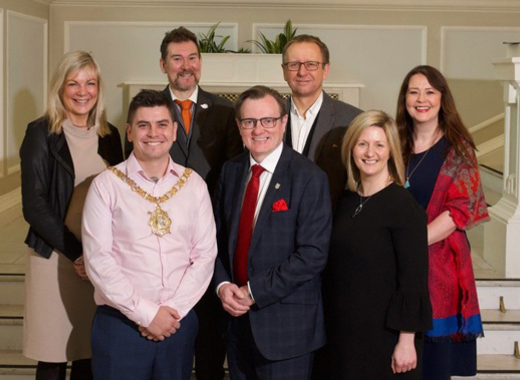 If we’ve learned anything from the past couple of years of rising temperatures and worsening climate conditions, it is that cities are leading the efforts in combating the adverse effects of climate change. The United Kingdom has taken that lesson to heart and has established three city-based Climate Commissions aimed at developing proposals and implementing them “on the ground”.

One of these Commissions is the one set up in Belfast – the result of cooperation between the Belfast City Council and Queen’s University. Together, through the newly established Commission, they aim to be the drivers of action during the climate crisis.

Local authorities and Queen’s University will be working alongside already existing institutions and structures to implement climate policy and transform it into a meaningful and impactful solution for constituents, thus leading to real, palpable and transformative change.

The Belfast Climate Commission was launched by representatives of both the City Council and the University. Speaking at the event, Lord Mayor of Belfast Councillor Daniel Baker said: “Like many cities, the impacts of climate change for Belfast will be profound. It is critical that we are well prepared, and protect all of our citizens, particularly the most vulnerable. We must also be ambitious in the targets we set to reduce our impact on the planet. I am particularly pleased to be launching this commission today because of its focus on place-based action and on the work that we can do to ensure climate-resilient communities.”

Taking part in the Climate Commission are also many local organisations from all around the city, who alongside other interested parties will be divided into themed sub-groups to better answer the needs and expectations of citizens regarding Belfast’s climate transformation.