Rainbow pedestrian crossings in Paris will be permanent

The crossings were installed on June 14, and later, they were vandalized with the words written "LGBT dictatorship", "LGBT out of France" and "Hidalgo go away" 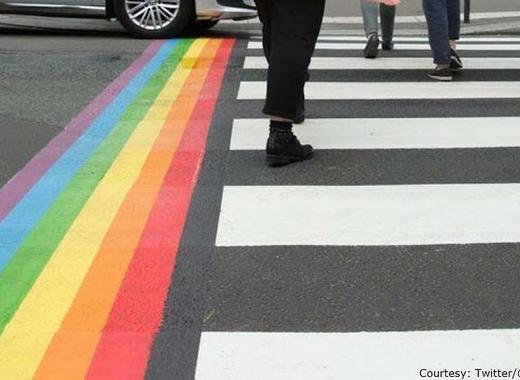 The mayor of Paris has hit back at the vandals who attacked one of the city's rainbow crossings, announcing that the colorful public artwork would now be made permanent. The Pride-themed crossings were installed for Paris Pride Marche des Fiertés, at the end of June and shortly after have been vandalized two times in a week with homophobic graffiti.

Located in the neighborhood of Marais, the Paris rainbow path took its place next to the regular crosswalk last 14 June to celebrate the LGBTI community. France isn’t new to these homophobic demonstrations and exactly because of this Mayor Hidalgo has stated that more rainbow crossings will be added around Paris following the crimes.