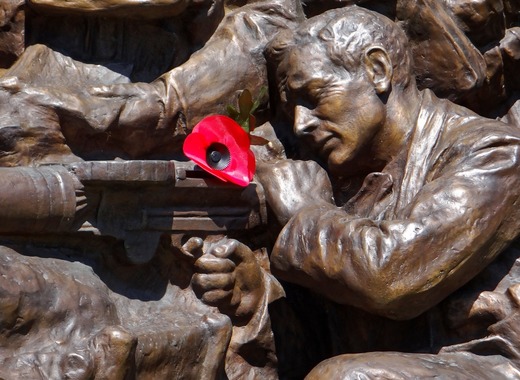 This year's Remembrance Day marks 100 years after the end of one of the most devastating wars in world history - the First World War. The First World War broke out in 1914 and continued to 1918 - although not the official end of the war. It is one of the deadliest wars in human history with an estimated of more that thirty million deaths.

The signing of the armistice between the Allies and Germany took place on November 11th, 1918 at Compiègne, France. It took effect at eleven, on the eleventh day of the eleventh month. It is interesting to note that this day is also called Poppy Day - the poppy being its symbol. The poppy became such shortly after Canadian poet's Lieutenant-colonel John McCrae "In Falnders Fields" was published. It didn't take long for the sumbol to take over Europe and the British Empire.

Remembrance day is observed in many nations and remembers the fallen on both sides.