The cost of the project is over 2 million euros 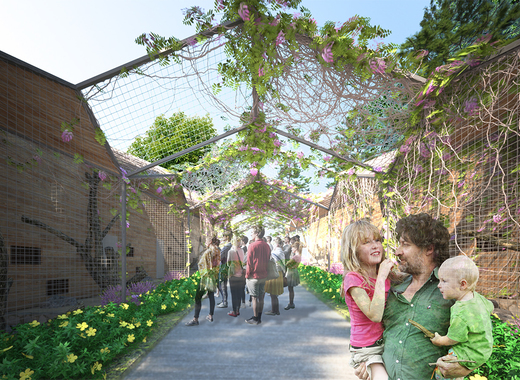 The Bulgarian Municipality of Stara Zagora has announced that it has been granted approval from the “Sustainable Cities Fund” for the implementation of the project "Reconstruction of the Stara Zagora Zoo". The contract has already been signed and is worth over 2 million euros. The renovation will contribute to the modern look of the zoo, combining areas for recreation, entertainment, education, research and attractions. The good news celebrated at an official ceremony.

The final deadline to wrap up reconstruction efforts is in exactly 360 days. Until then, one of the favourite places of both visitors and locals of Stara Zagora will remain closed. The zoo informed that it will be temporarily closing its doors on 7 October 2019 with the primary goal of this measure being to provide a certainty of safety. The zoo also promises to take all possible steps in order to minimize stress on animals during the renovation period. Another piece of good news is that on the Day of Stara Zagora - October 5, the entrance to the zoo will be free - a perfect opportunity to visit for the last time before it closes down for a year.

The Zoo in Stara Zagora opened its doors in 1957 and is the second one to open in Bulgaria. For more than 60 years, on an area of 70 acres, the zoo has provided visitors the opportunity to marvel at over 400 animals, of 80 species, from almost all continents.