Renting a bike in Burgas has been reallowed once again

"Velo Burgas” is operational 24 hours a day, 7 days a week 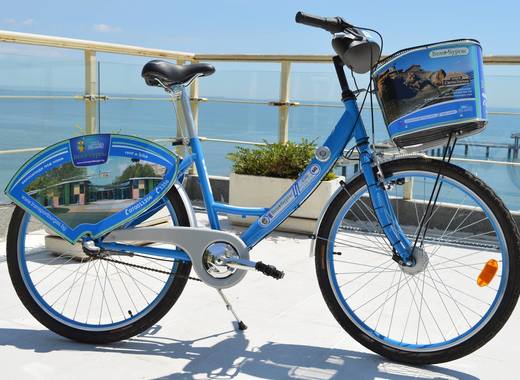 Undoubtedly one of the most pleasant and at the same time, healthy and environmentally friendly ways to get around in the Bulgarian city of Burgas is by bicycle. The city is the first in the country with its own public system for renting bicycles and has built over 24 km of bike lanes, which are constantly being developed.

With the state of emergency in Bulgaria ending, also came the good news that the bicycle rental system "Velo Burgas" has resumed work on 13 May. As part of its return to operation, 80 bicycles will be rolled out and made available in stages, announced the Municipality of Burgas.

The municipality also informs that each bicycle is thoroughly disinfected before being put into operation with unique nano-preparation. The product used provides antimicrobial protection for a year.

The bike rental system is open every day of the week, including weekends, 24 hours. "Velo Burgas" has 14 bicycle stations at the moment. The system works with prepaid bike cards, SMS payments and credit cards.

Bicycle rental and return are carried out only at one of the bicycle stations marked on the information boards for this purpose. Anyone can rent a bike from a convenient station located in the city of Burgas.

The tenant is obliged to return the bicycle to one of the designated bicycle stations in the city. He is not allowed to store the rented bicycle indoors until the expiration of the time he has paid for. The bicycle is considered "returned" only when it is accepted by the system.

The price of using a bicycle per started hour with an SMS or a bank card is BGN 1 (0,50 euros). The use of a bicycle under the "Family" package with a bicycle card costs BGN 0.50 per hour. Such is the price for using a bicycle for students, pupils and pensioners with a cycling card. Use of a bike with such a card amounts to BGN 0.80 per hour. Meanwhile, the plastic card itself costs 2 leva (1 euro).