Ricardo Rio, Mayor of Braga: I usually say that Braga translates a singular fusion between history and future, tradition and youth

Today, we are living the time of the Europe of Cities, where the innovative and transformative potential of these territories has to be strengthened and replicated on a national and European scale 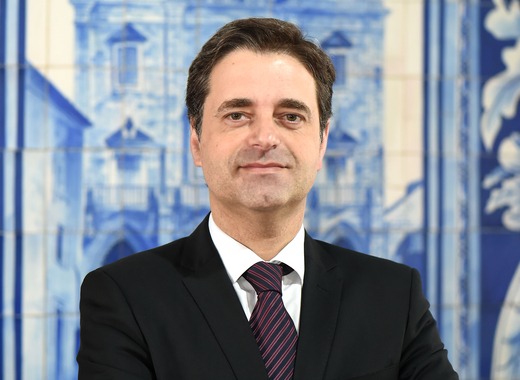 You have been the Mayor of Braga since 2013. How did you manage to keep the trust of the people? What were the topical issues on your agenda 5 years ago and what are they nowadays?

It is important to make a brief historical background: I was elected in 2013 and re-elected in 2017, succeeding a mayor who has been in office for 37 years, winning 10 consecutive electoral acts (the last two already against me as opposition leader). This circumstance allowed me and my team to build a solid project, with a credible alternative and a vision of the future within a 12-year horizon - Braga 2025 - that I began to implement immediately after my election. This has also made it possible to make a clear break with the past in many areas, such as economic development, culture, protection of heritage or the environment, social responses or youth policies, while guiding Braga to a reference international level in each of these areas.

On the other hand, there is today a position of close proximity to citizens and cooperation with the institutions, along with a municipal action focused on the well-being of people and the increase of their quality of life, with great transparency in management and openness to participation.

Once these transformations have taken place, in an unfinished effort, Braga has to accommodate its growth (in mobility, in urban planning, in housing policies) and, at the same time, modernize and transform itself into an increasingly cosmopolitan and innovative city.

Braga or Bracara Augusta, as the Romans named it, is the oldest city in Portugal. How do you manage to preserve the history and traditions in your city and at the same time to modernize it?

I usually say that Braga translates a singular fusion between history and future, tradition and youth. We are a city with more than 2,000 years old, from the Bracara Augusta that was the capital of the Roman Empire in the northwestern peninsular, being by that way one of the oldest of Europe. But at the same time, we have 40% of our population under 30 years of age, being also one of the youngest cities in the country and the continent. We were European Capital of Youth in 2012 and Ibero-American Capital of Youth in 2016.

Our history leaves us with a vast legacy, valued up to the present time, from the Roman period to the Baroque, passing also by the unavoidable presence of the religious heritage in the "City of the Archbishops"

But the arrival of the University of Minho and INL - International Laboratory of Nanotechnology, as well as several companies linked to cutting-edge sectors, has turned the city into one of the most innovative and creative poles with an impact in all areas of the city.

Braga was selected as a UNESCO Creative City for the field of Media Arts. What was the impact on the city with the implemented City Hall strategy to support the Media Arts and creative industries?

Braga's candidacy to join this network in the area of Media Arts was a public and international affirmation of the enormous creative, artistic and technological potential that the city registers. Through this project we are connecting, in an innovative way, structures of knowledge, cultural equipment, entrepreneurs and artists. This combination results in several initiatives in the educational, scientific, cultural, economic and social fields, which materialize in several projects and events throughout the year, but also in new infrastructures such as the Media Arts Center that will be born in the old Cinema S. Geraldo by 2020. Braga also strengthened its international visibility, integrated new cooperation networks and laid the foundations for the European Capital of Culture bid in 2027.

Braga received the distinction of Best European City of Sport 2018. What are the next steps of the municipality to implement to encourage physical activity and a healthy lifestyle?

The motto of the European City of Sport was "Sport for All", the use of sport as a tool to support the promotion of healthy living habits for the whole population, inclusion, training and the appreciation of respect for others. The more than 600 activities carried out throughout this year involved 80 modalities, 200,000 practitioners and almost half a million spectators in competitive events, national and international, but also in many activities open to all citizens.

In the years to come, Braga will welcome many reference events, but we will mainly follow the programs of promotion of physical activity for all layers of the population: young children who learn to swim, young people who practice sports in the dozens of amateur communities, the users of the March and Race Center, cancer patients accompanied by the pioneering Pulsar Program, to the almost 3,000 elderly people who have a regular physical activity.

And we will continue to provide the city with a variety of indoor and outdoor sports equipment that enhance and qualify the sports practice.

The economic development of the municipality of Braga is the central pillar of Braga’s municipal policy. Tell us more about the Strategic Plan for Economic Development.

In 2013, Portugal was going through a deep crisis and Braga did not remain indifferent. The unemployment rate reached 15%, the unemployment of young graduates exceeded 25% and pushed many citizens towards emigration. The civil construction sector, that in Braga had a considerable weight, faced great difficulties that led several companies to go bankrupt.

The economic development of the city, the attraction of more companies and the creation of jobs was an obvious priority. My first priority was to bring together all the city development agents and create a new governance model. The City Council, the Universities, the INL, the Business Associations and several other local, regional and national players, have developed the Strategic Economic Development Plan, in which we diagnose our competitiveness factors, draw strategies for the future and also share responsibilities in its implementation.

InvestBraga is a new Agency for Economic Promotion of Braga. Tell us more about the strategic objectives, what has already been achieved and what do you want to achieve in the near future.

InvestBraga emerged as soon as 2014 as the basis of the entire economic development strategy of the county. It is a 100% municipal company that has become the first local Economic Development Agency in the country.

Within its range of action fall three fundamental aspects: the capture of investment or the support to the expansion of companies already based in Braga; support for entrepreneurship through Startup Braga (partnership with Microsoft Ventures) and the management of Forum Braga, the second largest equipment in Portugal for Fairs, Exhibitions, Congresses, Concerts or sporting events which was totally renovated in 2018.

During this period, Braga created more than 8,000 new jobs; attracted companies like Accenture, Fujitsu, Farfetch, or Webhelp; Research and Development Centers have been set up in connection with the University of Minho by Bosch Car Multimedia or Aptive, which employs hundreds of professionals; rose to the third largest municipality in the country (with 2 billion Euros); saw tourism grow at a rate of 35% a year and attracted new hotel units as well as brands such as Starbucks, Ikea, Leroy Merlin or Mercadona (which is still under development).

The potential for future growth is still significant. We want to attract more companies and support more entrepreneurs, especially in the areas of IT, Biotechnology, Nanotechnology and Health Sciences. We will strengthen our attractiveness in scientific and business tourism, but also continue to spread our high quality of life and vibrant energy.

The Municipality is strongly committed to raise environmental awareness of the population, particularly children and young people with greater ability to change behaviours and habits. Tell us more about some environmental actions and the results achieved so far.

It is impossible to push for more sustainable and environmentally friendly policies that do not involve changing cultural patterns and behaviors in areas such as mobility, energy efficiency or the enhancement of natural resources. Braga has been working in each of these areas in cooperation projects with civil society and in collaboration with national and international networks, but also through pedagogical actions among the youngest public.

The "School Bus" project, within the scope of the Laboratories for decarbonization, the project "My school is efficient", in the energy sphere, the Eco-Schools network or the "Rivers" project, are an excellent example of this approach within the educational community.

Braga is one of the most vibrant and important technological centers in Portugal. Tell us more about the origins of the cluster that paved the way for a new era of technology companies, digital communication studios, laboratories and research centers in the field of robotics, games, multimedia and media arts.

The connection of Braga to the new technologies arises with the arrival of the University of Minho in the middle of the 70's of last century and with the emphasis on courses of degree very focused in differentiating areas.

The first graduates of the University became the first entrepreneurs of this area in the 80's, creating a wide range of companies that gained national and international projection in the production and development of software and hardware.

Since then, the creation of several Research Centers, the arrival of INL, the attraction of several companies and thousands of professionals have transformed the city into an extremely innovative center capable of positively contaminating the various spheres of the community, from culture to economy , from mobility to urban management.

In recent years, this process has intensified at an even faster pace, creating conditions for attracting new projects and attracting qualified resources from these areas.

How do you find the idea of a unified platform for all European cities where European citizens can get information about everything happening in the EU? How could this platform be useful for your projects?

I personally value the idea of a united Europe in its diversity, capable of fostering the sharing of good practices and collaborative relationships between all institutions.

Today, we are living the time of the Europe of Cities, where the innovative and transformative potential of these territories has to be strengthened and replicated on a national and European scale.

In this context, the work of "The Mayor" should merit the attention of European leaders, but it is a valuable tool for local politicians and a very rich source of information for all citizens.