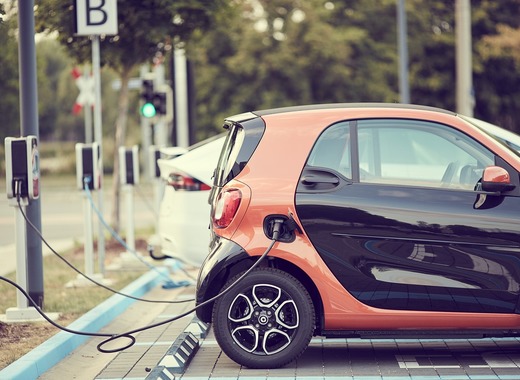 Environmentally friendly ridesharing in Hamburg is set for a major expansion over the next few months. The local ride-sharing service MOIA, a Volkswagen Group subsidiary, will soon boast an increased fleet of electric vehicles.

Recently, the company announced its plans for a drastic increase in operational capacity across the urban area of the city. Namely, MOIA aims to increase its reach by up to 50%. This will allow it to be able to offer service to around 2/3 of Hamburg’s total residential area, thus making it available to some 1 million residents.

In order to be able to support the increase in reach, MOIA also has ambitious plans to expand its vehicle fleet. More specifically, Robert Heinrich, managing director of the company, stated that they are currently in the midst of creating Europe’s biggest electric ridesharing service. Today their vehicle fleet stands at 330 – but it is set to increase substantially, to a total of 500 over the coming months.

Currently, the company’s outward expansion is limited to a trial phase that will run up until April 2020. Following the boost in reach, it will operate in  Rissen, Lurup, Schnelsen, Volksdorf and Jenfeld. Once the expansion exits the testing phase and is fully rolled out, MOIA will become the largest supplier of ridesharing services in all of Hamburg.

The German city has a deep passion for electric vehicles. Not only are private enterprises encouraged to take part in the transition away from diesel-powered cars, which has resulted in the steady expansion of electric vehicles on offer to locals, but local authorities themselves have been leading by example. Namely, by bolstering Hamburg’s own services through the use of more environmentally friendly vehicles, like electric buses and other kinds of vehicles.