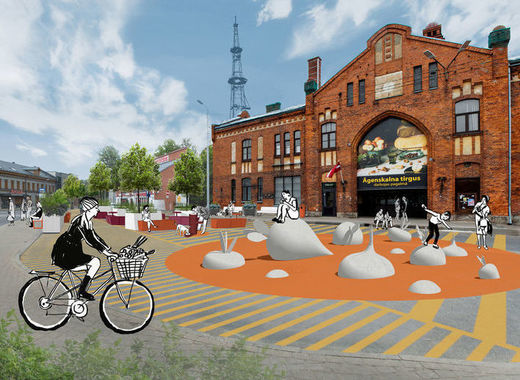 The local government of Riga has announced the 2nd round of voting in its neighbourhood projects competition. At first, NGOs and local organizations from the different neighbourhoods of the Latvian capital were invited to submit their proposals and plans for their respective areas. A total of 34 projects were submitted and after careful consideration by the local authorities, only 14 remain.

Now it’s in the hands of the citizens of Riga to decide which ones will be implemented. The municipality has allocated a total of 500,000 euros for the task. In the end at least 5 projects will be realised as the rules state that each initiative can be given a maximum of 100,000 euros. Voting is done online over at this link and every citizen of Riga can participate – so long as they are over 16 years old. Voting takes place until 19 September.

This is the first year this community-driven initiative is being carried out by the City Council of Riga. Representatives of the local government regret that due to it being a pilot project, only established organisation were allowed to submit their ideas. This led to not all neighbourhoods being represented. They hope that in the future, the contest will be open to individual citizens as well.