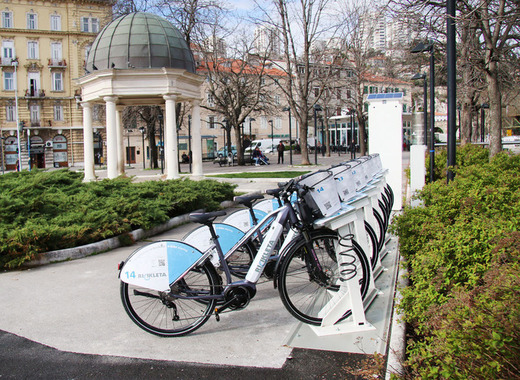 As the first month of the official program of the European Capital of Culture has shown, in 2020 Rijeka will be full of fascinating cultural events. Getting from one exhibition to the next and then going to a concert or performance is getting easier, faster, and greener.

Locals and city guests now have public electric bikes at their disposal. You can easily rent the bikes, ride them around Rijeka and then park and return them to a terminal. The new public electric bicycle system is already operating under the name "RiCikleta".

Bicycle terminals are available at four locations in the city - on the Adriatic Square, in front of the Youth Hall, on the pedestrian bridge over Rječina (on the Susak Bridge near Kont) and on the plateau of the garage of the Kantrida Pool.

The terminals at each of these four locations have 7 bikes, all of which are equipped with a software system that allows them to be rented via a mobile app. In addition, the terminals serve as a special kind of bicycle charger since the system also allows charging of the bicycle's electric battery at the terminal stand. 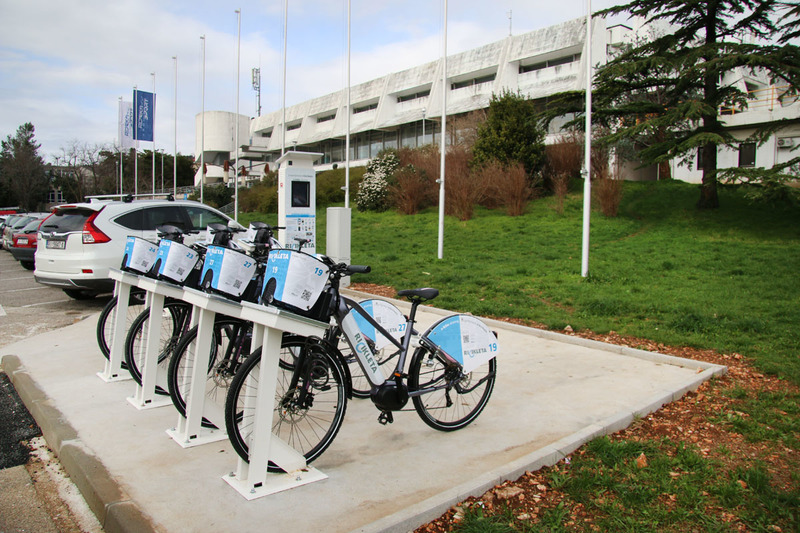 Bikes can also be charged at the terminals around the city. Photo: Rijeka.hr

To rent a bike, you need a smartphone on which you need to download the GO2BIKE app. By scanning a QR code, namely paying via QRPay code, anyone above 18 can rent a“RiCiklet”.

The price is 10 kuna per hour. Have in mind that the maximum time for continuous use of the bike is 3 hours. Before the expiry of the three-hour period, the cyclist is required to return the bicycle to one of the four existing stations situated around the city.

Public electric bicycles can be used within the administrative boundaries of the City of Rijeka. The bike itself has a wheel size of 28 inches and a frame size of 18 inches. It has a 9-speed engine and, in addition, a high-capacity battery which will surely help you when cycling uphill around the city. Each bike is tracked via GPS.

"RiCikleta" is a project of the City of Rijeka whose total value amounts to 1.3 million kuna. 200 thousand kuna of the total value was co-financed by the Ministry of Tourism of Croatia. The rest was provided from the budget of the city. Graphic design of the electric bicycles and pylons at the terminals is the work of designer Vesna Rozman.

Launching the project in the city centre, Deputy Mayor Marko Filipović stressed that with "RiCikleta" Rijeka joins the cities that promote urban mobility. Also, the local authorities will consider expanding the project in accordance with citizens' reactions.

The first ride on an electric bicycle "RiCikleta" was taken by the famous cyclist from Rijeka Vladimir Miholjević. He expressed his hope that this project would be the first step towards building a cycling infrastructure that would connect Rijeka with the surrounding cities and municipalities.