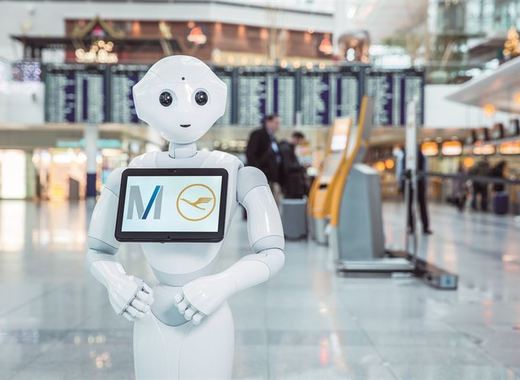 Terminal 2 at the Munich airport is furnished with an unusual employee - a great-looking robot named Josie Pepper, who provides travel information. A robot with a height of 120 cm tells people how to get to the desired boarding gate, where to eat, how to find one or another store. Joseph Pepper is a common project of Munich Airport and Lufthansa. This is the first human-like robot with artificial intelligence on German airports.

The robot itself was created by French SoftBank Robotics. He understands English, and his intelligence connects him to the cloud platform IBM Watson (IoT), which processes spoken messages and formulates questions to the airport database. During the working process, the system is developing, it does not just give learned answers but selects them individually and over time presents itself better. The project authors also assess the response of passengers to the appearance of an unusual new employee in the terminal.