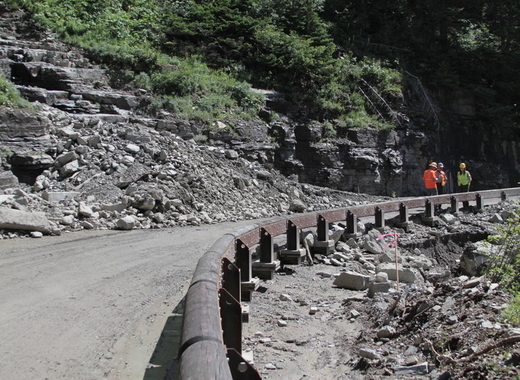 One of the most important road arteries connecting Slovenia and Austria fell victim to a rockslide over the holidays and has been closed down. Alternative pathways have been highlighted by the Ministry of Infrastructure of Slovenia, but the road between Ljubelj and Bistrica will not be opened for a while. The process of securing the surrounding slopes is estimated to cost the government around a million euros and will take a month and a half.

The mayor of Tržič municipality, Borut Sajovic, has stated that the logistics for the repairs and oversight should be taken over by the central government as the road is property of the state. He reminded that the municipality has already taken the first steps in securing the road and clearing debris in order to free trapped vehicles but insists that any future actions are the obligation of the appropriate ministries. There have already been previous incidents involving rockslides in the area that have damaged residential buildings in Podlubelj to which the municipal authorities responded swiftly and prevented any casualties. The securing of the road is of paramount importance to the municipality.