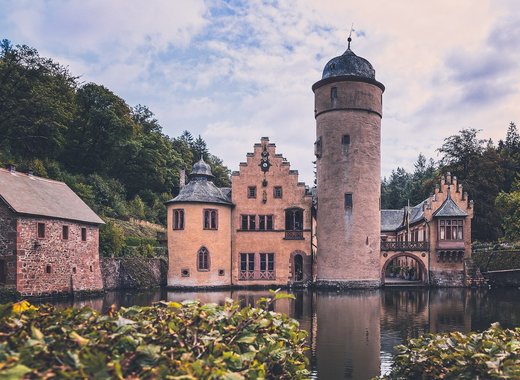 Wealthy local families built many castles and palaces across Romania, each one filled with the stories of their founders and legends about the events they hosted. After being nationalized during the Communist regime, they were used for a variety of purposes, ranging from educational establishments to warehouses. Nowadays, some of them are looking for new owners and a fresh start.

This castle used to be a summer residence for nobleman Géza Teleki and his son, Pál Teleki who was a prime minister of Hungary. The castle was built around the end of the XVIII century and modernized in the XIX century. It used to host many balls, attended by notable Hungarian figures.

After being nationalized, the castle served as the headquarters of an agricultural cooperative, a cereal warehouse, and a cinema hall. In 1962 it received historical monument status.

Géza Teleki Castle is located in the municipality of Satulung, in Maramureş, 17 km far from Baia Mare. The property has a starting price of  275,000 euros.

The castle used to be the summer residence of Ion Gigurtu, a prime minister of Romania during the reign of King Carol II. The castle was built between 1936 and 1939. It is in Neo-Romanian style and has 19 rooms. In recent years, the building was renovated.

The castle was used as a school and as a military unit during the 1980s. It also served as a film set for Romanian director Sergiu Nicolaescu’s 1986 World War II drama “The Last Assault”.

The castle is situated in Botești, 45 km away from Alba Lilia. It has a starting price of 295,000 euros.

It is one of the most beautiful buildings in the western Romania city of Arad, famous as Little Vienna for its architectural patrimony.

The palace was built between 1880 and 1890 by a family of wealthy merchants from Ghioroc. It was built in a neo-Romanesque style with Baroque elements.

In 1948, the palace was transformed as the Pioneers’ Palace and in 1990 it was turned into the Children’s Palace.

The property is located in downtown Arad, near the City Hall. The starting price is 2.5 million euros.