Rome's artificial beach on the river Tiber has finally opened 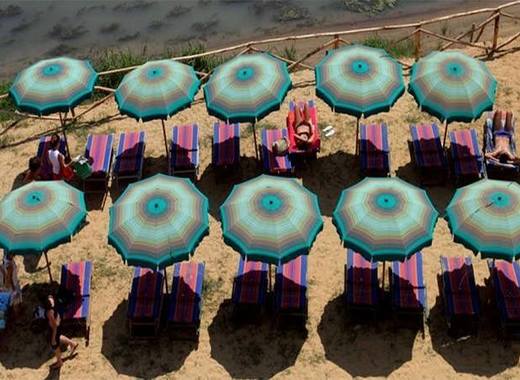 Rome has finally opened its long-awaited artificial beach along the banks of the river Tiber, between the S. Paolo and Marconi districts south of the city centre. The 10 000-sqm stretch of sand is called Tiberis and will be open every day - for free - throughout August and September, from 8 am to 8 pm. The beach has been equipped with deckchairs, showers where you can cool off, vending machines for drinks and snacks, changing rooms, umbrellas and sports fields.

As part of the ongoing plan to relaunch the river, the city has established a special office to allow for collaboration between the numerous authorities responsible for the upkeep of the Tiber, pooling information across a range of issues including the environment, dredging, security, flooding, cycle paths, illegal camps and dumping. This is not the first time that Rome will have a man-made beach on the Tiber: in 2005 former mayor Walter Veltroni launched the Tevere Village beach under Castel S. Angelo, between Ponte S. Angelo and Ponte Umberto I.