A pioneering project that could also benefit other municipalities 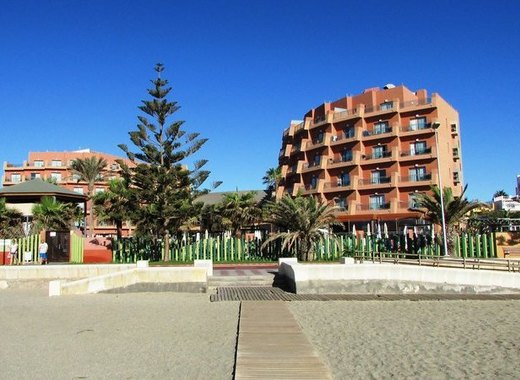 The press service of the Roquetas de Mar, a town located on the Southern Spanish Almeria coast, reported yesterday about a new treatment of the municipal wastewaters that will drastically reduce the unpleasant sulfur smells that they generate. This study was initiated four months ago and is carried out in partnership with Hidralia, an Andalusian water supply company, with the results already being evaluated as promising.

The treatment itself is fairly simple and consists of applying calcium nitrate (also known as Norwegian saltpetre) to the wastewaters. This product interacts with and neutralizes the hydrogen sulfide, which is the foul-smelling substance responsible for the familiar rotten egg odour that comes out of drains.

The calcium nitrate has been applied at the two pump stations located in Aguadulce and la Urbanizacion from where it gets distributed throughout the entire water-supply network of Roquetas de Mar. It has been already established that in the most affected places, there has been a reduction of between 90 and 95% of the bad odours.

“The application system is constant - 24 hours a day and 7 days a week - while the measurement of hydrogen sulfide levels is carried out in real-time in different stations to adjust the doses based on the results,” said Francisco Gutiérrez, Councillor for Urban Development, adding that "in a few days we will have a complete study of the effect that this treatment has had on the network, in addition to the water analyzes that are going to be done”.

The Councillor also explained that his municipality wants to be at the forefront in finding solutions for water cycle sustainability, giving as an example past legislation which ensured the provision of desalinated water. He assured that other municipalities, experiencing similar problems, have already shown a great interest in the odour-elimination studies with a view to copying the practice if it is finally confirmed to be efficient.

After the end of the preliminary testing, it is expected to install a permanent system for treatment of the municipal wastewaters.