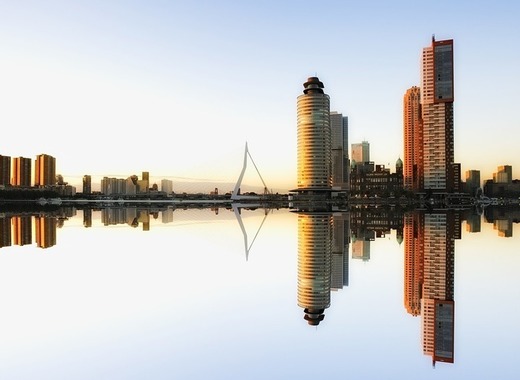 In the coming decades, Rotterdam wants to use hydrogen to make its industry greener – this is one of the main points of the new Municipal Vision on Hydrogen, that was presented by the Dutch city earlier this week. Several partners, among which the Port Authority will be helping in the process.

Hydrogen development, but not at all costs

In the document outlining the vision, the municipality describes what it does and does not want to bet on. For example, the city believes in hydrogen as a raw material for industry. For example, With hydrogen, it is possible to produce chemicals and fuel in a CO2 neutral way.

Hydrogen can also be used as a fuel in industrial processes that require a lot of heat. In addition, the element is suitable as a fuel for heavy transport and long-distance traffic such as trucks and shipping and aviation, and for the long-term storage of energy.

Hydrogen is the future and it can help Rotterdam to make the port and the city more sustainable, testifies councillor Arno Bonte (responsible for Sustainability, Air Quality and Energy Transition at the municipality of Rotterdam).

“Hydrogen is the missing piece of the puzzle in our search for a sustainable energy system. Because hydrogen is not only an essential link in the greening of industry, but we can also use it as a battery to store our green energy from solar panels and windmills”, he concluded.

But the vision also sets out what Rotterdam does not want to use hydrogen for. This is for example to heat homes – hydrogen is not needed there, as residual heat is considered a more suitable alternative. Passenger cars and light commercial vehicles are also better with electricity as it is a more sustainable and cheaper alternative, clarify the authorities.

The port city is already planning various developments in the field of hydrogen development. For example, new hydrogen infrastructure will be built in the coming years.

The construction of two electrolysers is also planned. The latter are large installations where hydrogen is produced using sustainable electricity and water.

With the vision already laid out and in hand, the municipality will now go about drawing up a concrete hydrogen program.