Rotterdam is a world-leading city in sustainability and smart initiatives

Rotterdam is moving towards a new economy 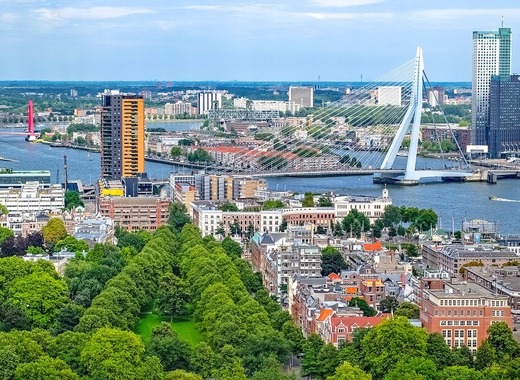 From the creation of innovation districts, to the deployment of drones to collect waste, Rotterdam is aiming for the smart city gold standard. The Dutch city has been working on smart city initiatives for more than seven years now, with the first steps focused on ways to improve the city’s climate (Rotterdam is also one of the C40 cities). After a couple of years, innovation in other sectors also arose, such as healthcare, ICT tools for city security officers, improving the fiber infrastructure in the city and the water management.

Recently, Rotterdam has started a program called “The Next Economy”. The objective of this program is the city to become one of the world’s top leading metropolitan areas. That entails being fully equipped to handle future changes, challenges and opportunities. These continued efforts have resulted in smart programs, including Smart Industry, Smart Port, Smart City Planner, Smart Government and the involvement in the challenge 100 Resilient Cities campaign, pioneered by The Rockefeller Foundation.