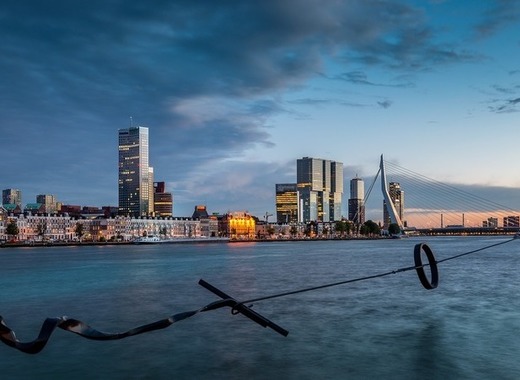 Rotterdam wants to become a leader in the Netherlands in terms of generation of solar energy at the local level. By scaling up local solar energy generation in Rotterdam, the municipality is taking an important step towards achieving its ambition of becoming climate neutral by 2050.

The municipality has identified four focus areas where the generation of solar energy can best be achieved. These are roofs, water, fields and infrastructure. Mapping these areas could provide a more accurate picture as not all locations for generating solar energy are known at the moment. Many developments are already taking place in all four of these focus areas.

For example, the municipality is working with the Port Authority on an expansion of the floating solar park in the Slufter. Rotterdam is in consultation with Rijkswaterstaat about suitable locations where solar panels can be installed on top of noise barriers. Meanwhile, in Pernis and Schiebroek, the city will soon be starting the construction of two solar parks. In Hoek van Holland the possibilities for a solar park are also currently being explored.

In addition, Rotterdam actively helps entrepreneurs and associations with the realization of sunroofs by deploying advisers, knowledge and resources at an early stage. The municipality also encourages energy cooperatives to give residents the opportunity to invest in the local generation of solar energy.

Alderman Arno Bonte (responsible for Sustainability, Air Quality and Energy Transition) expressed concerns that the city is still largely dependent on fossil fuels and is responsible for 20 percent of national CO2 emissions. So, with these accelerating measures, the local authority makes an important step towards becoming the leader in clean energy in the next ten years and towards getting ready for the sharp increase in the demand for green energy.