Rouen inaugurated the Year of Joan of Arc 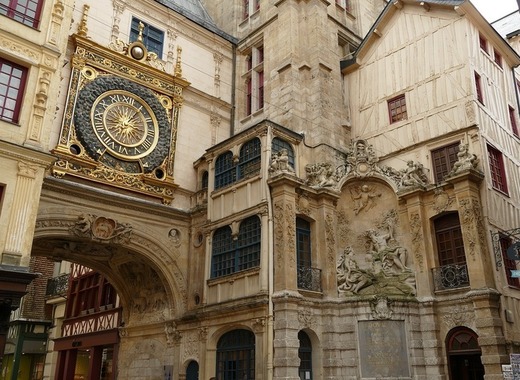 The city of Rouen wants to celebrate the first century of the canonization of Joan of Arc as a saint in a special way. Which is why, together with the association Joan of Arc Historial and other partners, they launched a year dedicated to the local and national hero. Lasting between September 2019 and September 2020, it previews a series of spectacular cultural events.

The year-long festive programme is organised in addition to the annual Joan of Arc Days, that take place traditionally in Rouen every May. The event was launched on 26th of September and includes cinema projections, thematic games, concerts, recitals, museum expositions and more.

Joan of Arc was canonized as a saint in 1920 by Pope Benoit XV. Long before however, she received nation-wide fame and recognition and became hero of the French.

She was a peasant girl who believed to be chosen by God to lead the French people against England in a long-running war. She was allowed to lead an army and liberate the city of Orleans where she achieved a memorable victory against the English and the Burgundians in 1429.

Joan was later taken captive by the Burgundians and trialed for heresy on the charge of dressing like a man. After the refusal of King Charles VII to defend her and following a year in captivity, she was handed a death sentence and was subsequently burned at the stake in Rouen at the age of 19.