The municipality has received approval for two projects amounting to 3.5 million euros 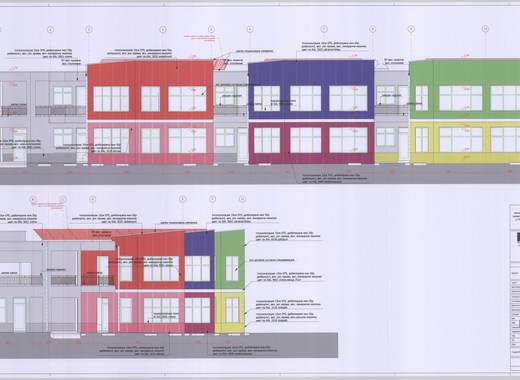 The Bulgarian Municipality of Ruse informed that it has provided BGN 7 million (3.5 million euros) for the construction of a new kindergarten and a study building in the city. The good news arrived after the Ministry of Education and Science approved the two projects for which the municipality has applied.

The first approved project is "Construction of a new kindergarten in district 103, Central city area". The grant for the project amounts to BGN 2 999 900 (1.5 million euros).

The plan is to build a new two-storey building with a basement on the site of an existing older building, and containing the following premises: study rooms for five children's groups, gym and music halls, doctor's office, swimming pool and administrative offices.

Five playgrounds will be located in the kindergarten yard, one for each group, in addition to a sports field. The yard will be richly landscaped, laid out with durable rubber flooring, suitable for use by kids. The construction of solar panels and gas-heating installation has also been planned. The project implementation period will go until the end of 2023.

The project envisages the construction of a new school building, which will be located next to the already existing school gym. It will contain 4 floors and a basement with two separate entrances: one from the school yard and a new passageway. The latter will pass over the gym and provide access to the existing block "B" of the school on the 3rd floor level.

There will be classrooms, teachers' offices, toilets, libraries, warehouses, storage rooms and installation rooms. The building will have two stairwells located at both ends, as well as a passenger elevator. Next to the building there will be a separate recreation area and sports grounds for students studying at primary level - Grades I to IV.