The local government, supported by the regional authorities is establishing a city-wide broadband connection 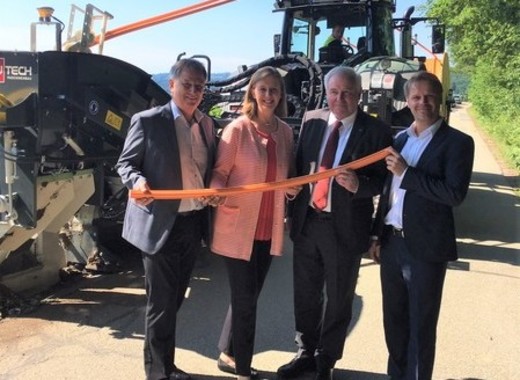 The mayor of Saint Nikolai im Sausal, Gerhard Hartinger, had previously stated that it’s hard to answer questions regarding the availability of highspeed internet in the city. But now, those troubles seem to be over. Thanks to wonderful cooperation between the city and the regional government of Styria, citizens of Saint Nikolai will finally get a lag-free online experience.

Usually, the establishment of fiber-optic networks is avoided by big telecommunication companies in small and sparsely populated areas, as it is considered nonprofitable. But the Styrian company Sibidi has taken up the challenge. Through an investment of 8.5 million euros, payed by the municipality and the federal government, the company will begin constructing the infrastructure, necessary for the establishment of highspeed broadband internet connection.

To get to this point was no easy task, however. Many of the residents weren’t particularly fond of the idea, as 40% of the city’s households had to sign a preliminary contract with the telecommunication company, as part of the overall deal. To get locals to on board with the plan, the municipality organised information campaigns. Mayor Hartinger is convinced that “…in the future, everyone will be happy. This is a huge step for our community.".

Local and regional actors are of the opinion that establishing highspeed internet connection throughout the whole of Styria is vital if the region aims to remain competitive in the future and keep supplying locals with jobs.