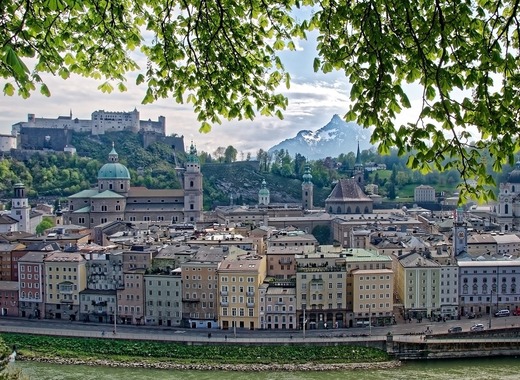 As TheMayor.EU reported earlier last week, Austria and Denmark are among the first countries in Europe to begin exiting their respective coronavirus-related lockdowns. Both countries and their governments believe that they have managed to put a lid on the outbreak and are already looking toward rebooting their economies and social life and allowing citizens to eventually return to life as it was before the quarantine.

Returning to normalcy in Salzburg

Local authorities in Salzburg, for example, have given a clear and defined list of what will again be allowed after 14 April – the date on which the Austrian government will begin lifting some of the lockdown measures.

First up, parks across the city will be opened to visitors – playgrounds, however, will remain closed at least until 30 April, as they present a far starker health hazard. Yet, the positive outlook in Salzburg in terms of active coronavirus cases has allowed authorities to work out a series of other exceptions and the lifting of restrictions of venues across the city. They include:

The municipality, however, wants to remind its citizens that they must remain vigilant – for if an increase in cases is discovered, the previously-imposed lockdown measures will yet again be reimposed.

That is why local authorities want locals to keep on stringently observing social distancing measures – 2 metres between individuals, a limited number of people in shops, always-on protective face masks and others.

As long as the outlook in Austria keeps improving, authorities will continue opening up the country and its businesses, thus eventually allowing for life to return to what it was before the crisis struck.