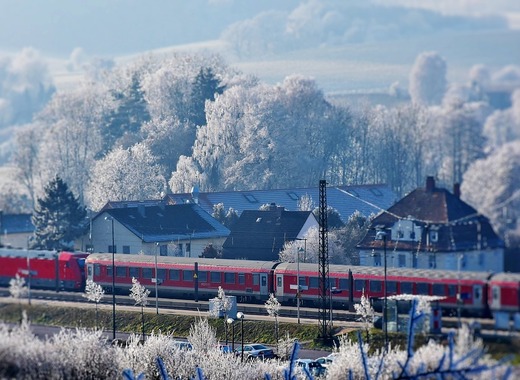 As we had previously reported, the mayor of Salzburg Harald Preuner was getting ready to kick the development of the city and region’s railways into overdrive. With political winds on the federal level blowing in their favour, local authorities of the Austrian city are eager to seize the opportunity to turn Salzburg into a vastly improved railway hub.

A renaissance of the Salzburg railways

Rarely in the past have there been this many railway development projects underway simultaneously in Salzburg - Flachgau tunnel, regional light rail, Pinzgau and Salzburg local railways and the Mattig valley railway are all slated for completion over the next few years and come at a cost of billions of euros.

Citizens of Salzburg will have the opportunity to experience some of the improvements and the results of the many projects undertaken by local, regional and federal authorities in the area. For example, he Mattig Valley Railway between Neumarkt and Steindorf will be completed in December, after which it will also undergo electrification.

Other project that have been placed on the backburner for years and maybe even decades are now finally coming under the spotlight – among them is a track to Kaprun and an extension to the Krimml waterfalls, that have only now becoming possible with the scheduled completion of the Pinzgau local railway.

Furthermore, with the expansion of the Salzburg Local Railways, new avenues of interregional travel are also slowly opening up – for example through an extension to the region of Upper Austria.

Railway travel is the future of long and medium distance transportation. With more and more citizens and politicians forsaking airplanes in favour of trains, the need for improved railway services is growing greater and greater by the day – thus it should come as no surprise that authorities in Salzburg are eager to be at the forefront of this revolution.